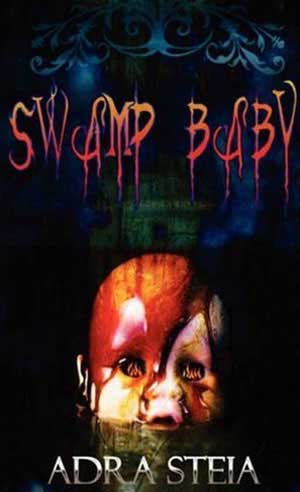 “Its not the swamp you should fear. What comes out of it is much worse… It’s not the physical pain- It’s the agony of loss.”

Dear, dear Suwannee may very well be a bit of an idiot. Her recent ex-husband, Michael is not getting the point that their relationship is over and she doesn’t seem to be doing much to help him out with that. She works at his swamp tour office, talks to him regularly and even goofed up and kinda sorta f*cked him after a few too many beers. Sure, he’s an abusive asshole that tens to talk to her and about her more like a thing than a person, and he has accidentally beaten her into a miscarriage the time he didn’t force her to get an abortion, but he means well. And he’s sooo damn hot with all those muscles and that take charge attitude. He’ll probably be a tad pissed to find out that she’s started hooking up with his foster brother now.

Okay, so this sounds exactly like the made-for-Lifetime crap that I expected from a romance publisher, but that is because I haven’t mentioned a few things yet: It seems that Suwannee’s family managed to severely piss off the Spirit-Mother, a kind of catch-all angry spirit of the swamp type of thing, and the lady of the Spanish Moss won’t rest until the last of drop of our intrepid heroine’s bloodline has been shed. To further complicate matters, a grotesque and possibly inbred family of cannibals (why is it that every tribe of cannibals has to be inbred?) gets to her before S-M can send out the panthers. Will she survive? More importantly, will I actually care.

What struck me most about this story was how much Adra doesn’t hold back. Granted, she’s no Charlee Jacobs or Poppy Z. Brite but there is still some pretty nasty stuff going on within the pages of this here novel. What annoys me about most fiction geared toward women is that the makers seem to assume that their audience is either too fragile or too damn stupid to be able to handle anything with actual teeth, but not this lady. We get blood-sucking, torture, cold-human-flesh-soup and a bit of the old infanticide all quite clearly rendered for our, ahem, enjoyment. She makes it clear that she set out to write a horror novel with some romance in it, not a romance with some horror in it and the romance takes a bit of a back seat once the story really gets rolling. Interestingly, she manages to work the emotional angle so integrally that the horror could not really exist without it. The pain, disgust and terror here lie much more in the realm of those emotions than in the flesh itself, just like any good romance, and she makes it work quite well.

On the down side, our dear imperiled lady manages to come across as annoyingly Valerie Bertinelli-esque stupid and the “hero” comes across as way to limp and spiritless for me to believe him capable of any actual heroics. Worse than that, the story itself just kind of stops without really ending. I know that a follow-up has been written (Devotion) to finish out the story and the author even apologizes for the abrupt non-finish at the beginning of the book, but that only makes it worse in my eyes. This is very clearly only half of a full story that was obviously envisioned as a full story from the get-go. In my opinion, the whole thing should have been one book; clocking in at only 202 pages, there was certainly room for it.

At the end of the day, she still has me curious enough to be willing to drop the dough on the follow-up and has left me anxious to see what will happen next. Damn panther got its claws into me.

Minor Side Note: Greek mythology buffs out there might recognize Adrasteia as the name of the nymph Rhea charged with hiding Zeus from Chronos. I had to use that Lit degree for something, dammit. 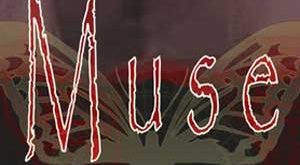 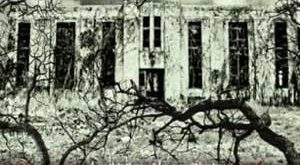