“From director Steve Balderson (Firecracker) comes a visually poetic experience in pure cinema in the tradition of the films of Andrei Tarkovsky and Stan Brakhage.” — Santa Fe New Mexican

“Dripping with theatricality… Spectacular. Alchemy of the Spirit is a genre-bending ode to art and romance. It’s a visual love poem.”
— Reel News Daily

“Deftly and beautifully blurs the lines between character study, magical realism, and horror.” — The Hollywood Times
Los Angeles, CA – Indie Rights has announced the North American VOD rollout of Steve Balderson’s Alchemy of the Spirit. The heart-wrenching supernatural journey through ‘Til Death Do Us Part’ is now available on Prime Video, and will soon launch on a number of Cable and digital platforms across North America. 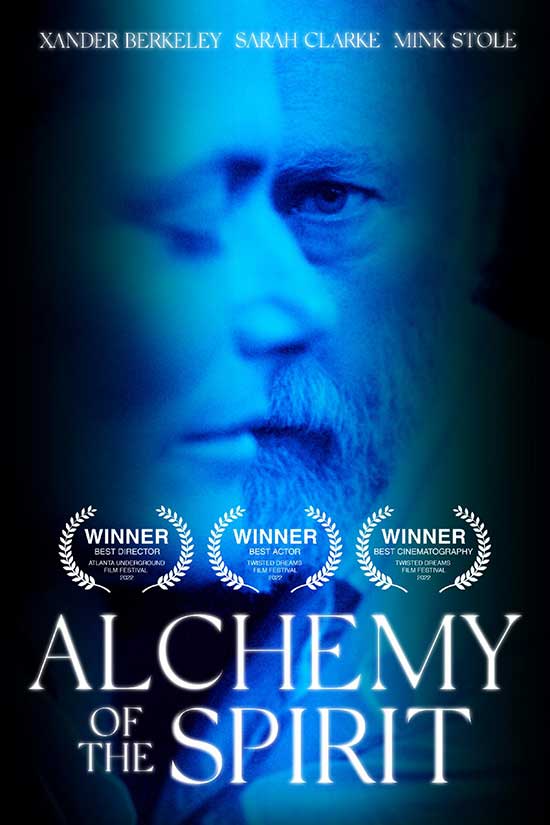 Alchemy of the Spirit world premiered at Fantasporto in Portugal, picking up a nomination for Best International Feature, and went on to screen around the globe to critical acclaim, including the Philadelphia Independent Film Festival (taking home Best Feature Film Science Fiction), the Atlanta Underground Film Festival (taking home Best Director) and the International Sci-Fi & Fantasy Film Festival (dominating the awards with Best in Show, Best Director for Balderson, Best Actor for Berkeley, and Best Actress for Clarke).

Artist Oliver Black (Xander Berkeley) wakes to discover his wife Evelyn (Sarah Clarke) has died in their bed overnight. Brimming with magical realism, we enter a world in which the misconceptions of our belief in a solid reality are revealed. Space and time bend in a way to challenge the audience with what is real, what is illusion, and what is beyond…
This peaceful and hypnotic quiet is interrupted by the outside world and the threat of everyday, common reality, thanks to Oliver’s art dealer (Mink Stole).

ALCHEMY OF THE SPIRIT (2022) official trailer [yang] from Steve Balderson on Vimeo.