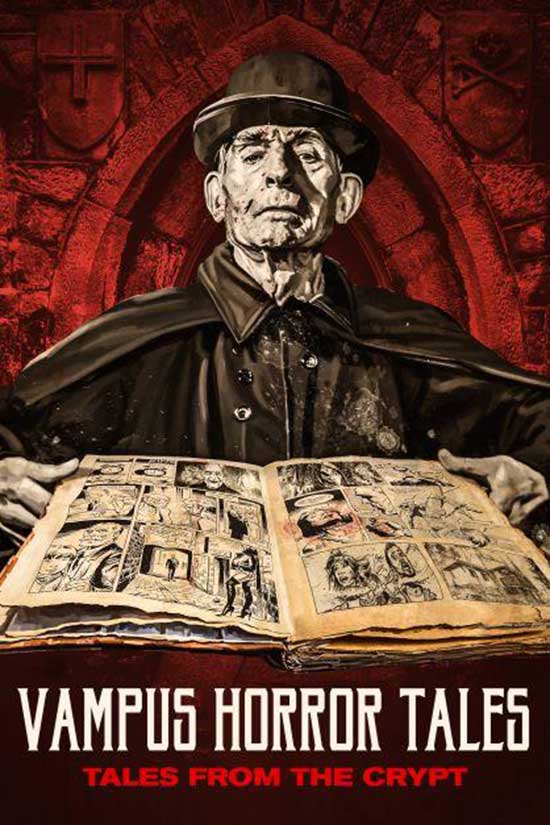 The films, featuring segments from Victor Matellano, Isaac Berrocal, Manuel Martínez Velasco, Piter Moreira and Erika Elizalde, are set on Halloween night. Vampus, a gravedigger and body snatcher, is the guardian of the cemetery, a sinister being who has many secrets. He loves to read horror comics, and introduces us to four twisted tales of love, murder, and assorted horrific acts.

VAMPUS HORROR TALES releases February 17, 2023 on digital and on demand.