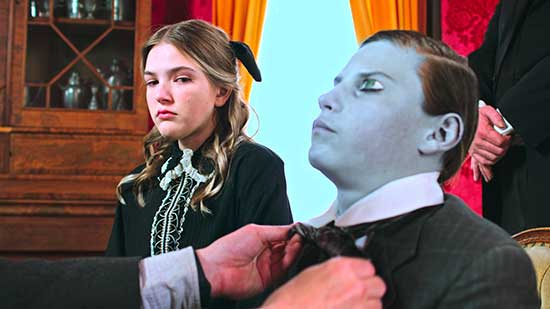 The film, written, directed by, and starring Conway (Eminence Hill), features Eva Hamilton (Death Kiss), Becky Jo Harris (Spiked) and Amelia Haberman (The Covenant) among the cast. Story is set in 1877 Arizona, where a drifter takes a job as a barman. After a series of bizarre and horrifying deaths, he finds himself the target of suspicion. Desperate to escape the noose, he is soon at the center of a supernatural mystery that plagues this town.

“GHOST TOWN is a remarkable achievement, not only because it was shot during the height of the pandemic but because it combines two genres that don’t normally cross – horror and the western.” said Keith Leopard, President Uncork’d Entertainment. “The film will really put Owen Conway on the map as a filmmaker to watch.”

Executive producer Robert Conway negotiated the deal on behalf of the film team with Keith Leopard of Uncork’d Entertainment.