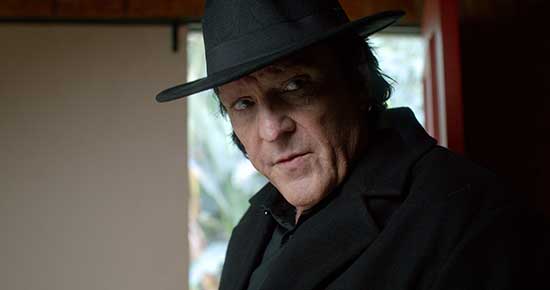 Filmmakers Carlos Montaner and Liz Fania Werner’s thrilling new feature expertly combines paranoia and suspense into a psychologically destructive journey through the unknown. Coupled with dynamite performances from Michael Madsen and Hannah Christine Shetler, Waking Karma is primed to explode when it arrives on January 26th.

Karma and her mother have spent their lives evading Paul, her cult leader father (Michael Madsen). With Paul closing in as Karma reaches adulthood, she and her mother flee to a friend’s remote compound.

Paul tracks them there and traps them within its walls, putting Karma through a series of escalating tests designed to break her spirit and awaken an unholy inheritance that lives within her.

Directed by Liz Fania Werner and Carlos Montaner with a script by Werner, the film stars Michael Madsen, Hannah Christine Shelter, Kimberly Alexander, and Bradley Fisher. It is produced by Edgar Romero and Aldo Jovan Diaz of 3ROUNDBURST (Starfish) and John Ferraro of Valleywood Entertainment.