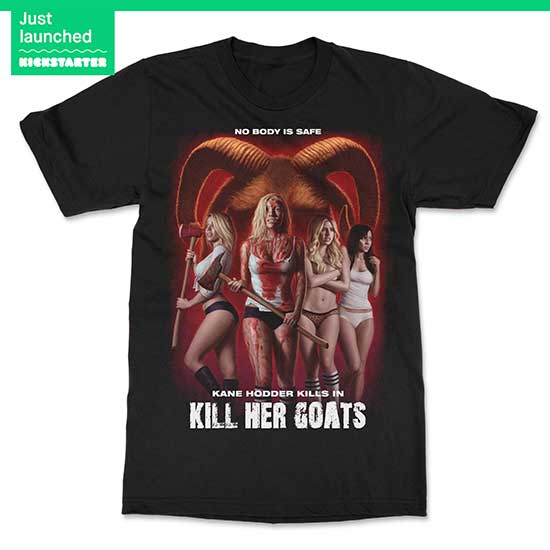 Last week, WithAnO Productions announced the release of their film, KILL HER GOATS, appropriately on Friday the 13th. It’s fitting that today they’ve launched a Kickstarter campaign to put the 80s slasher style film on VHS. Writer/Director Steve Wolsh says, “I miss going to Blockbuster and picking out tapes, picking up the covers and reading the back of the boxes.

We want to keep this alive for horror fans and collectors.” It’s a short Kickstarter campaign, only 13 days (anyone sensing a theme?) so that the VHS rewards will be delivered when KILL HER GOATS is released wide on all platforms in March. Fans of the classic home video medium will be able to pick from limited edition variants (Slipcase, Clamshell, Big Box, and Book Box) with other rewards for 80s horror fans that include the Kane Hodder/Goatface Horror Stuffed plush pillow (think WWF Wrestling Buddies), and autographed collectibles from horror legend Kane Hodder and Writer/Director Steve Wolsh. The Kickstarter launch will also feature the world premiere of an exclusive first clip from KILL HER GOATS. 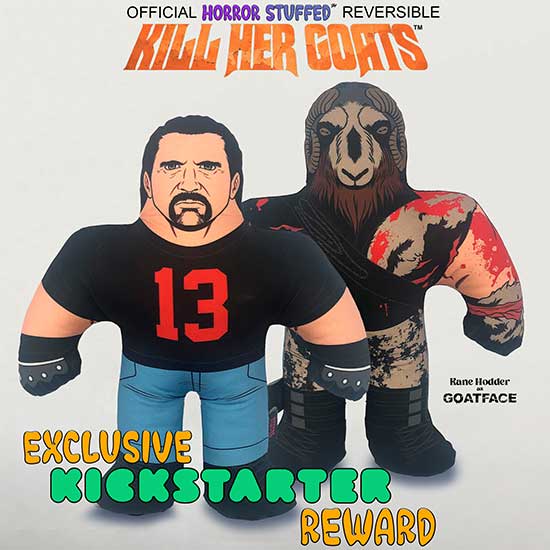 Whether you’ve seen the trailer yet or not, you can check out the full scene on the campaign page. Witter Entertainment has been the leading producer of cultivating quality VHS releases of modern horror films including, PSYCHO GOREMAN, MANDY, and most recently TERRIFIER 2. No expense will be spared to achieve nostalgic glory in both look and feel as WithAnO Productions promises a vintage and exclusive VHS covert art, with a pre-weathered design.

The film will also undergo a full pan and scan to convert the film to the classic 4:3 aspect ratio via the expertise of Alex DiVincenzo of Broke Horror Fan. That process can be seen here. 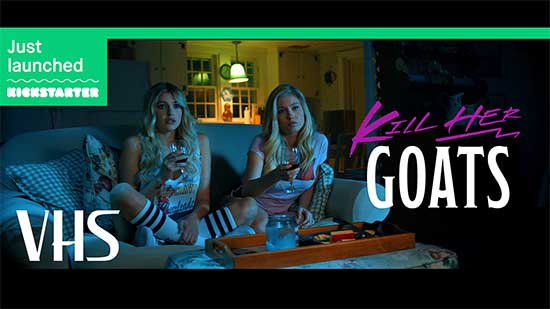