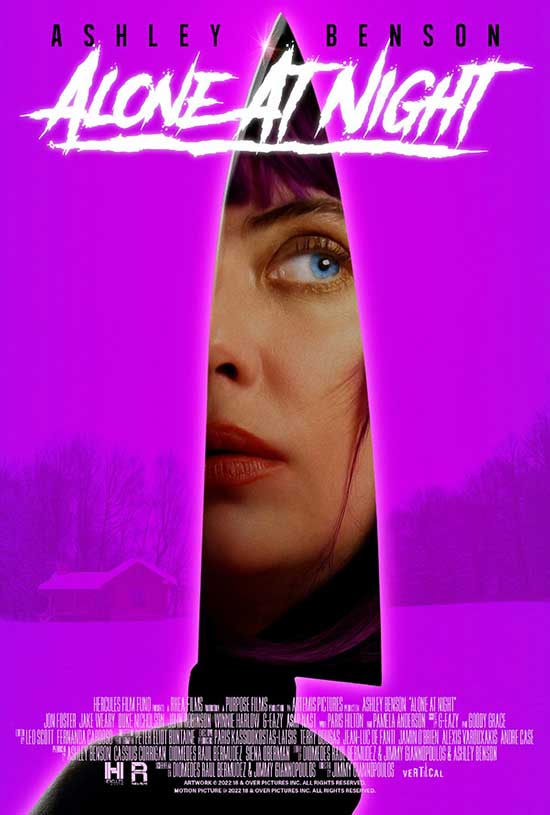 In Theaters and On Demand January 20

Vicky (Ashley Benson) is a young woman looking for an escape after going through a harrowing break-up. After retreating to a friend’s remote cabin in the woods to clear her head, she continues modeling sexy lingerie for her devoted followers on 18 & Over, an adults-only, live-streaming website. But when the power keeps going out, Vicky discovers something terrifying awaiting her in the dark — a masked killer wielding a crowbar who’s hellbent on bringing her night to a grisly end. Alone at Night is led by an ensemble cast including Benson (Pretty Little Liars), Pamela Anderson (Baywatch), Luis Guzmán (Traffic), model Winnie Harlow, musician G-Eazy, rapper A$AP Nast, Paris Hilton, and more.