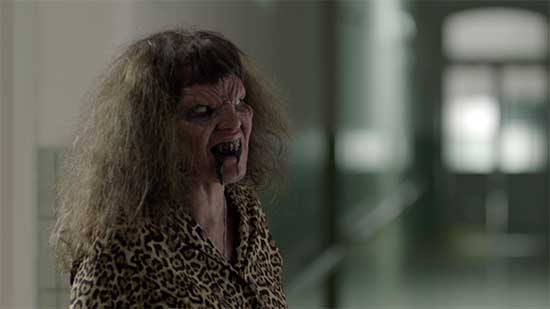 The Hilarious, Ultra-Gory Argentinean festival favorite, inspired by THE EVIL DEAD, arrives in the U.S. next Friday!

Prolific Argentinian filmmaker Fabián Forte’s newest film combines the best of his previous cinematic endeavors: the comedic writing and direction of his 2016 hit DEAD MAN TELLS HIS OWN TALE is masterfully mixed with mystical horror of 2017’s TERRIFIED – which Forte contributed to – and once you add a dash of slapstick gore and a whole lot of heart, and you have LEGIONS of fun!

A powerful sorcerer, Antonio Poyju (Germán De Silva), is locked away in an asylum, and wastes away in his imprisonment as evil, demonic forces take control of Argentina. If Antonio can escape the psychiatric hospital and find his daughter, Helena, their combined strength could save Argentina… but Helena has forgotten her powers.

Now Antonio must reteach her the ways of magic… and be humanity’s last hope against ancient evil!

Written and directed by Fabián Forte, the film stars Germán de Silva, Ezequiel Rodriguez, and Lorena Vega and is produced by Javier Diaz.

This wildly acclaimed Argentinian folk-horror powderkeg is rich with cultural vibrancy, all the while dwelling on the important role of heritage and belief in the mystical.