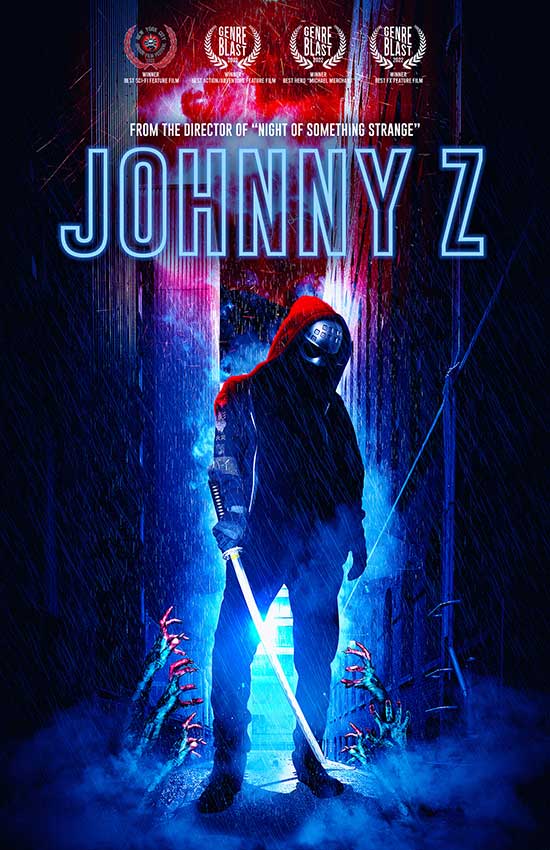 Genre specialist Black Mandala presents the new horror action movie, “JOHNNY Z”, directed by Jonathan Straiton (Night of Something Strange). According to the director: “Johnny Z has been a passion project of mine for over ten years and I know audiences will dig it. It’s straight action horror with tons of gore!”.

Johnny is half human and half zombie. Within his blood just might be the cure to the zombie epidemic. Yet after escaping a medical prison called Nordac, he comes under the guidance of Grandmaster Jonray and his brother Crisanto. This sets Johnny on a path using his martial arts skills to find a doctor who can create the cure; while also helping his master to fight some personal demons.