80s styled slasher film, NIGHT OF THE AXE, out now! 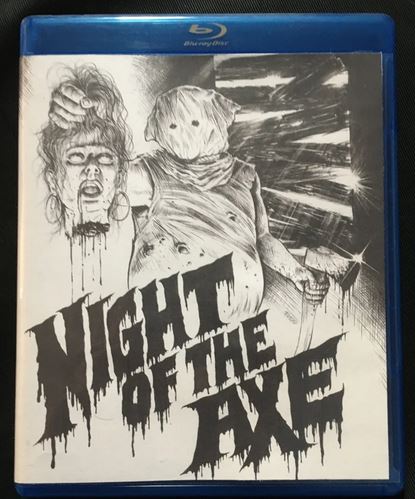 Writer, director Shawn Wright is happy to announce that his first feature film, based on the short film of the same name, NIGHT OF THE AXE has officially been released! Night of the Axe is an old school slasher film in the 80s style. This film hopes to exemplify the look, feel and mood of classic slashers. Shawn has personally produced this film totally independently. He hopes that horror fans will love this film. The film stars Angel Bradford, Lera Savannah, Kaci Frick, Justin Sisk, Shawn Mongold, Rick Jermain and Nate Nelson among many others. This film has a great cast of fun characters. Here’s a synopsis of the film;

A group of young adults, trying to enjoy a high school reunion party, are terrorized by an escaped mental patient obsessed with satisfying his blood lust. One by one they are made victims of the sadistic killer. Who will survive on the NIGHT OF THE AXE? A gore soaked, old-school shocker from Facemelt Features.

It is available to stream here

Blu-rays and DVDs can be preordered here

Here is an IMDb page with more info