THE DEVIL BENEATH – Art + Release Details! 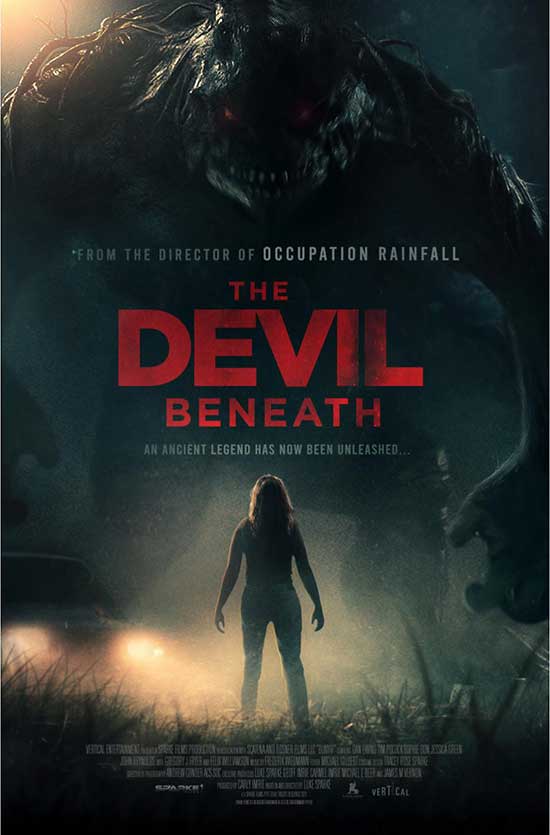 Released in it’s native Australia over 6 years ago and finally coming out here in North America! Luke Sparke’s (Occupation Rainfall series, Bring Him To Me) Bunyip creature feature and first film Red Billabong has now been re-dited, re-mixed, re-scored, and obtained by Vertical Entertainment! The film has also been retitled to THE DEVIL BENEATH for it’s release on January 13th on digital platforms everywhere! (Not to be confused with Vertical’s unrelated The Devil Below which released last year):