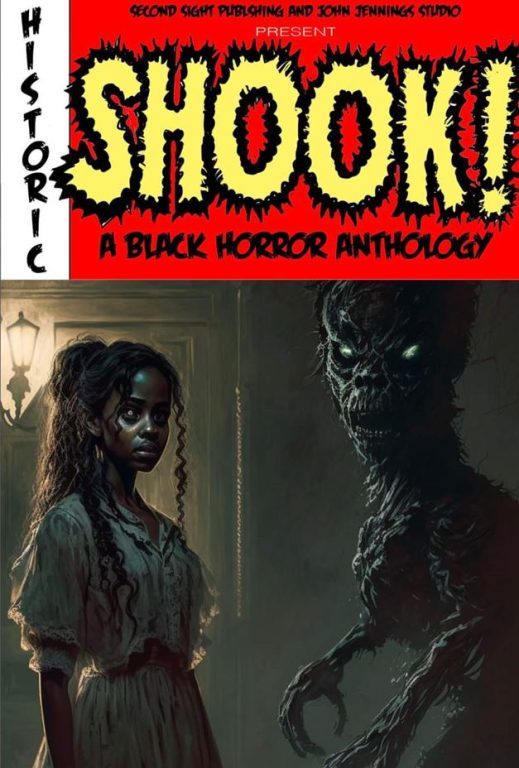 The historic horror anthology SHOOK!, which funded on Kickstarter this past December, will start preorders this January. The anthology; a collaboration between John Jennings Studios and Second Sight Publishing; is a collection of horror, science fiction, and thrillers, written by a who’s who of writing talent in the comic book industry such as  Rodney Barnes (Killadelphia, The Mandalorian, Nita Hawes’ Nightmare Blog), Kevin Grevioux (Blue Marvel, Return of the Djinn, Brothers Bond), David F. Walker (Bitter Root, Black Panther Party, Nighthawk), Alverne Ball (One Nation #1, One Nation: Old Druids, Across the Tracks), Marcus H. Roberts (The Protector, The Horn Island Trilogy, SONNY), Bradley Golden (Leave on the Light, These Damn Kids!, Cold Blooded), John Jennings (Kindred, Parable of the Sower), Brandon Easton (Mister Miracle, Kamen-Rider Zero One, Mosaic) and introducing actor Evan Parke (Captain America and the Winter Soldier) will be going up for pre-order on the Second Sight Publishing website.

“After the Kickstarter funded we had so many fans bummed out fans who messaged us about not being able to make a pledge.” says Bradley Golden (CEO of Second Sight Publishing). “We wanted to give the fans of all those people involved in the project another chance to order and obtain this awesome title.” Bradley Golden continues.