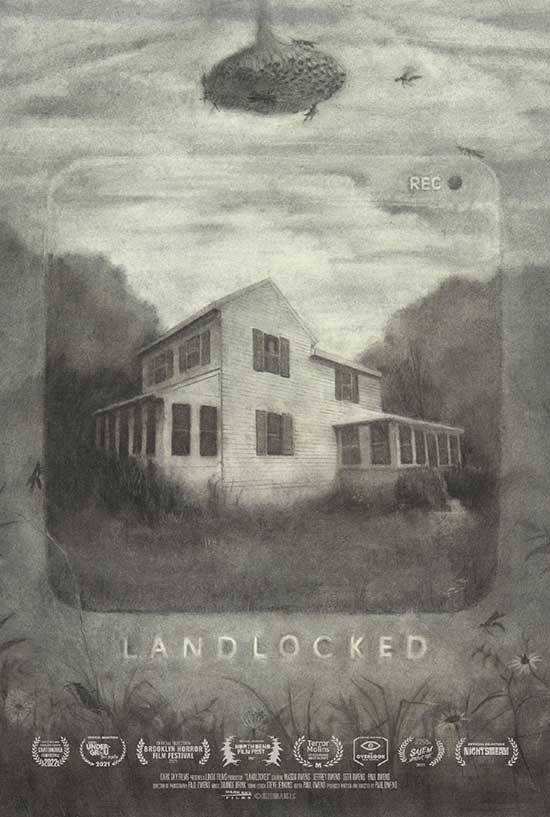 With a Horrifying Fictitious Storyline

Summoned to his soon-to-be demolished childhood home, Mason discovers an old VHS camera that can see into the past, driving him to record as many memories as possible before the doomed house is destroyed. Utilizing the director’s own home movies, filming in the actual locations where he spent his youth and casting real-life family members to play fictionalized versions of themselves, LandLocked combines narrative and documentary with horror and sci-fi to create a movie unlike any other…

Taking ten years to complete, LANDLOCKED is the feature directorial debut of Paul Owens. Owens creatively incorporates actual footage in the form of childhood home movies and delivered a unique film that has been adored adored by critics on the festival circuit. Hailed as, “…one of the most intriguing films to come out of Nightstream 2021” by the Daily Dead and a “remarkable lo-fi creeper…” by Fangoria, LANDLOCKED is among the many highly anticipated genre releases of 2023.