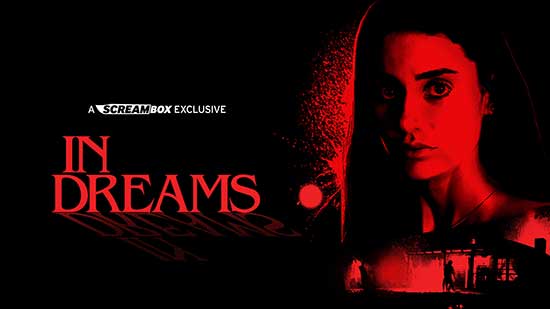 Screambox has announced two new titles that will exclusively join the horror streaming service in the coming weeks: haunting mystery The Anchor on December 20 and psychological thriller In Dreams on January 17.
A nightly news anchor tries to solve a mystifying murder in The Anchor. Written and directed by Jung Ji-yeon, the South Korean film stars Chun Woo-hee (The Wailing), Shin Ha-kyun (Sympathy for Mr. Vengeance), and Lee Hye-young (Boys Over Flowers).
Sera, a nightly news anchor, receives a distressing phone call from a mother saying that a man is going to kill her and Sera is the only one capable of solving her murder. When she discovers that the caller was real, Sera digs deeper into the case to reveal the shocking truth.
In Dreams follows one woman’s psychological spiral in the wake of her grandfather’s murder. Argentinian director Matías Moltrasio’s English-language debut stars Bianca Brigitte Van Damme (Assassination Games), Shalim Ortiz (Heroes), and Vannessa Vasque (East Los High).
After her grandfather’s murder, Alma and her husband decide to go away to her childhood cabin. As the days go on, her life spirals into a surreal confusion in which her dreams turn real.
“In Dreams and The Anchor are prime examples of the strength and diversity of independent horror,” says Brad Miska, Managing Director of Bloody Disgusting. “There is such a history of creativity within the genre, and as Screambox continues to grow we are able to find incredible titles like these and introduce these filmmakers to an entirely new audience.”
These titles will join Screambox’s growing library of unique horror content, including Terrifier 2, Pennywise: The Story of IT, Masters of Horror, 13 Nights of Elvira, Satan’s Little Helper, History of the Occult, and Toxic Crusaders.
Screambox is available on iOS, Android, Prime Video, Roku, YouTube TV, Samsung, Comcast, Cox, and Screambox.com. For a limited time, new users can subscribe for only 99 cents a month for the first 3 months. Visit screambox.com/offers/scream99 to start screaming.
Share