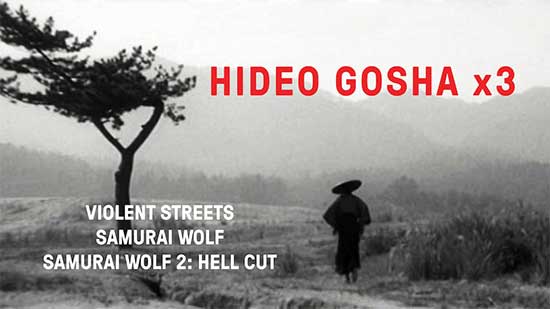 One of the best-kept secrets of Japanese genre filmmaking in the 1960s and ’70s, Hideo Gosha began his studio career in 1964 and quickly emerged as a peerless specialist in chambara (samurai) films. A few years later, a contemporary twist on the chambara formula appeared in the form of the yakuza film, and Gosha proved equally adept with modern dress action. Whether the weapons of choice were swords or snub-nose revolvers, few could match Gosha at his best for economic storytelling and sheer velocity—and these are three of his very best.

All films have been restored in 2k from original broadcast elements.