Laurent Rinaldi – Out of this World EP Available For The Media 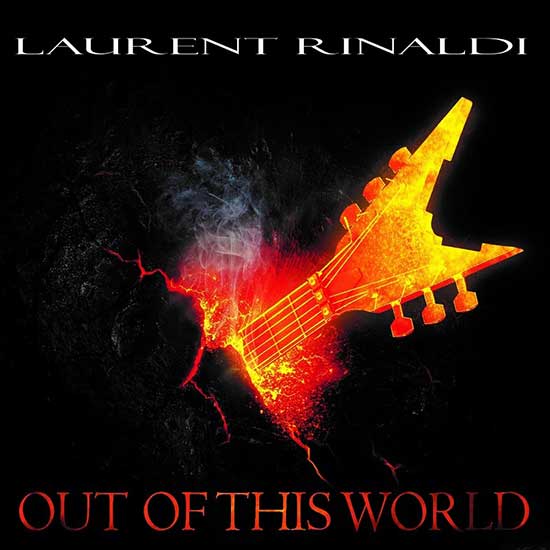 Laurent Rinaldi’s EP “Out of this World” is available for review/airplay!
If interested in interviewing the artist please just get in touch and we’ll set everything up for you! “Out of this World” will be re-released on December 16th, 2022 via Wormholedeath worldwide

“Out of this World” EP:
The concept of this album is definitely to combine power and catchy melodies. It took seven months to develop and it offers melodic prog metal. Each track brings out the emotions in powerful music, the whole influenced by artists such as Cacophony, Pantera, Symphony X, and Megadeath, among others. The album is to be listened to but above all, it is to be felt.

Laurent Rinaldi has been a guitarist for over 30 years. First watching his father, who taught him the basics, he then spent hours… and years… in the family cellar, learning alone and covering all the music of his rock and metal idols. He is also interested in classical music and likes to mix rock and classical, taking the best of each to make powerful yet sensitive sounds. At the same time, he has never stopped improving his playing, still as passionate as he was at the beginning. To this day, he continues to learn and always will. He has been playing in bands for 25 years and on many stages. Composition is also an important part of his life. Thus, today he shares his compositions with the public, in a personal album, entitled “Out Of This World”.