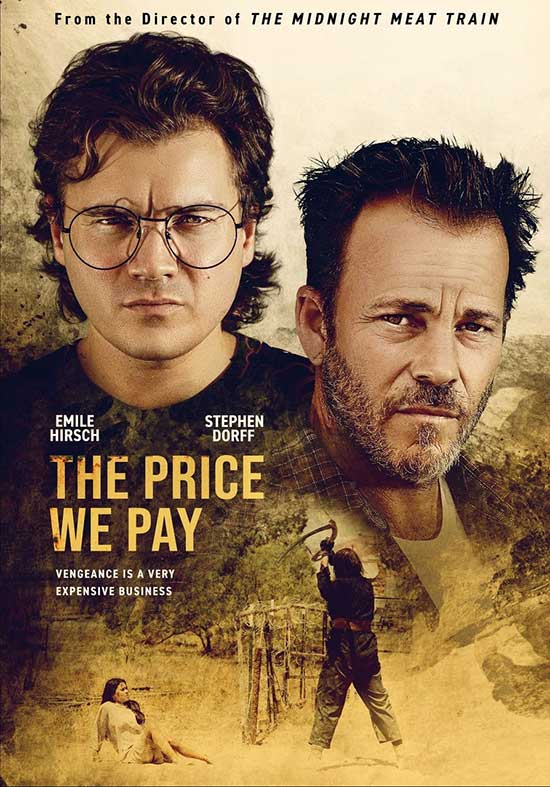 Directed by horror-cult favorite, Ryûhei Kitamura (The Midnight Meat Train), THE PRICE WE PAY follows Cody (Stephen Dorff, Blade) and Alex (Emilie Hirsch, Into the Wild) after their botched pawn store robbery, the abduction of witness Grace (Gigi Zumbado, Run Sweetheart Run) and their chaotic run from the law. Whilst hiding out on a remote farm, the three discover a secret history of violence and risk becoming victims themselves.

The film is making waves in the horror festival circuit with premieres at FrightFest, Fantasy Filmfest, Grimmfest, and Busan International Film Festival. In line with its genre contemporaries (Smile, Terrifer 2), THE PRICE WE PAY holds nothing back with its thrills and gore.

Emile Hirsch and Stephen Dorff star in this intense thriller about a gang of thieves who take refuge at a remote farmhouse—and find evidence of savage violence. Will they be next? From the director of Midnight Meat Train.