Home | Articles special | ‘The Walking Dead’ Comes to an End

‘The Walking Dead’ Comes to an End

The Walking Dead is a landmark series that has become one of the most viewed shows in cable television history. Its extraordinary span of 11 seasons spread over 12 years is quite the accomplishment for a zombie series.

The rising dead anthology means to tell various stories during and after the zombie outbreak. And the Walking Dead is a series based on that concept. But even after the main series concludes, knowing how the program ended is intriguing. Still, one thing is certain; the series finale is one of the most talked-about events of the year.

A Brief Overview of the Series

This series is based on Robert Kirkman’s comic book series, depicting life in the months and years following a zombie apocalypse. And a group of survivors travels seeking protection and security, always on the road searching for a safe refuge.

However, the daily pressure to stay alive drives many group members to the lowest levels of human cruelty. And they soon found out that the human survivors could be more deadly than the zombies roaming among them. Interpersonal conflicts can sometimes be a greater threat to their survival than the walkers that roam the country. 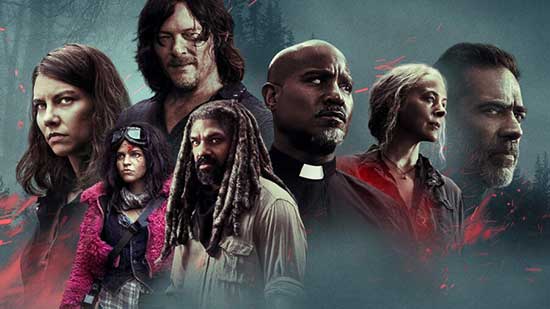 Why the Walking Dead is Worth Watching

Slow But Comes With Unexpected Plots

If you try watching the series, you may be surprised that the show progresses slower than it seems. Therefore, it can raise many unanswered points while providing few answers in every series.

Despite that, the series can ensure that every episode is worth watching. The Walking Dead made its audiences look forward to how the story will progress. Every season was full of story twists, excellent script writing, and spectacular cinematography and effects.

So to ease your frustration about the intense scenes, you can try playing the ‘walking dead’ themed slot machine instead. And if you want to play similar casino games, visit www.gambleonline.co/en-ca/casino/ for the top Canadian online casinos.

The remarkable writing that goes into each season is one of the things that draws viewers to the program. Its plot is amazing, as it was originally established in comic books. The moments of true cinematic creativity happened when the television program writers were able to break from the books.

The Walking Dead is likely most known for its zombie apocalypse setting. It blends science fiction with horror to create an undead world. If you are a sci-fi lover, you will love AMC Studios’ post-apocalyptic setting. And if you’re an action and horror enthusiast, you may enjoy the brutality of zombies ravaging the human survivors.

Every scene in The Walking Dead is packed with amazing effects. Suppose you are interested in cinematic magic, rest assured because from the makeup and clothing to stunts and CGI will satisfy your expectations. To achieve the realistic look of the zombies, the special effects team used makeup and practical effects instead of CGI whenever possible, which is less expensive and more natural.

The portrayal of the characters is one of the most well-crafted parts of the program. You can even mistake the characters as real individuals because they can push you to be emotionally interested and empathetic to their roles due to their acting skills.

After nearly a decade on the air, the Walking Dead is still worth watching. It’s a cinematic masterpiece that mixes a fantastic story based on a comic book with stunning visual effects and characters. Also, it has established standards for producing a science fiction/horror program.

Even though the program is finally ending, the Walking Dead is a watch because of the unending entertainment.