NIGHT OF THE BASTARD

A “Grimy, Brutal Take on the 70s Action Thriller” from Eric Boccio 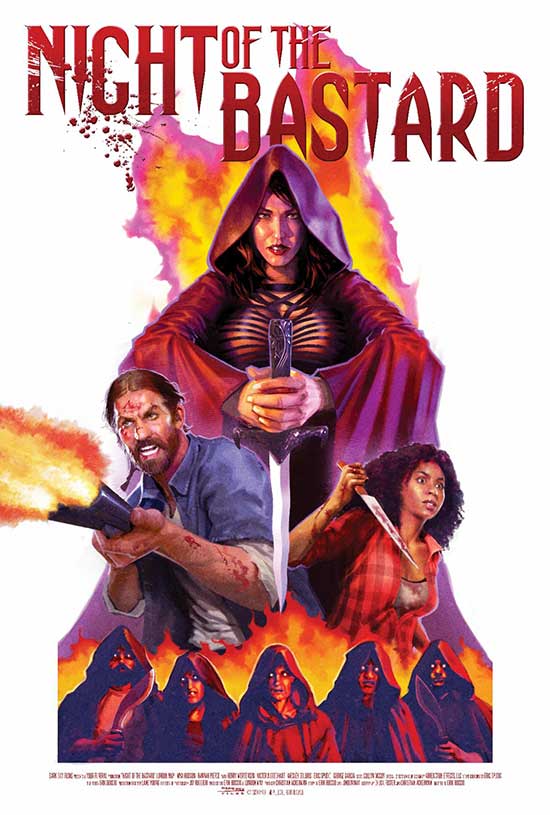 Disgruntled hermit Reed lives a solitary life in the desert. After chasing away a group of youths trying to party near his home, Reed’s peaceful life is violently upheaved when a group of savage cultists lay siege to his house.

Forced to partner up with one of the party-goers, Reed and his newfound colleague must defend themselves into the night, all while long-buried and disturbing secrets are revealed to him as part of the cult’s evil plan.

NIGHT OF THE BASTARD

Story by: Eric Boccio and London May

(additional to be added)