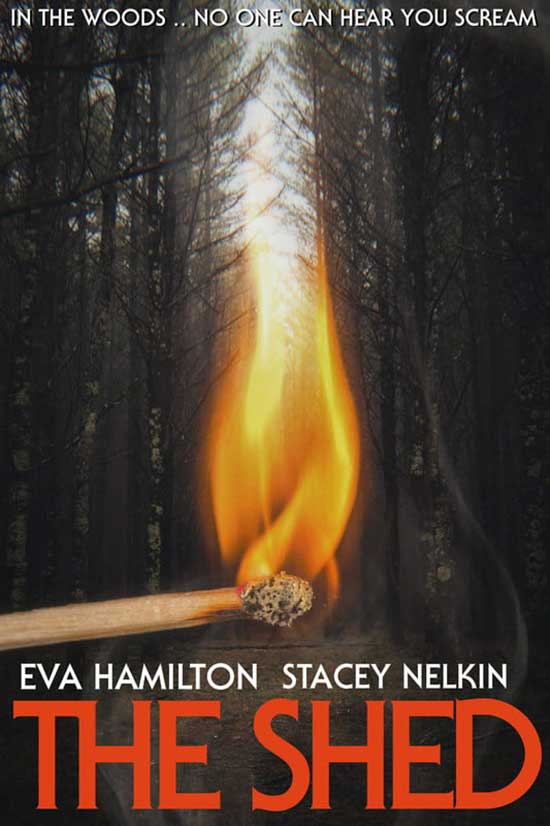 The Mooncat Picture Co. – Founded by Eva Hamilton (Shudder’s: Ruin Me, Mutilator 2) rounds up twelve Official Selection Laurels and two Wins within its first two months of Festival Submission for their new film “The Shed”.
The Shed is Hamilton’s first time operating as Producer on a Motion Picture, highlighting herself as a strong Female Lead and a Strong Female Producer / Co-Director – aside a strong film collective of Industry Veterans.
Hamilton identifies: “These were completely blind, cold submissions from a brand new company .. so we weren’t even sure if we’d ever hear anything. We are beyond touched and appreciative to be encountering such a high level of festival responsiveness for a little 22-minute Featurette, as we refine our team and our processes, within the evolution of our venture”.
The film marks the return of Stacey Nelkin (Halloween III: Season of the Witch) to the horror genre, for the first time since 1982.
The Motion Picture has been described as: “a grounded, anchored and suspenseful tribute to the 35mm Horror Films of the late 1970s and early 1980s”.
One recent review, from Jorge Solis (Villain Media, Newsweek, The Sun, Fangoria, Bloody Disgusting and MTVGeek) offers “Five Reasons why you should watch “The Shed!”
villainmedia.com/5-reasons-why-you-should-watch-the-shed/
The Film will continue its Festival Run through 2023, as their submission process and programming objectives continue to develop.
If you’re a Horror Fan and resonate, in particular, with the slasher films of the Late 70s and Early 80s, THE SHED is a must watch experience for you!
Official Selections as of Nov. 8th
For the Love of Horror Convention and Horror Festival (World Premiere)
Shockfest Film Festival
Another Hole in The Head Horror Festival
Northeastern Pennsylvania Horror Festival
New York Film Awards
Northeast Film Festival Horror Fest
Oregon Independent Film Festival
Tampa Bay Underground Film Festival
Jersey City Horror Film Festival
Liftoff Global Network Festival at Pinewood Studios
The Strange Days Horror Festival
Oregon Screams Horror Festival
Awards as of Nov. 8th
Best Picture – New York Film Awards
Best Extended Short Film – Stranger Days Film Festival
Share