Critically Acclaimed Documentary DOCTOR WHO AM I Coming to Blu-ray, DVD & Digital Download from 28th November 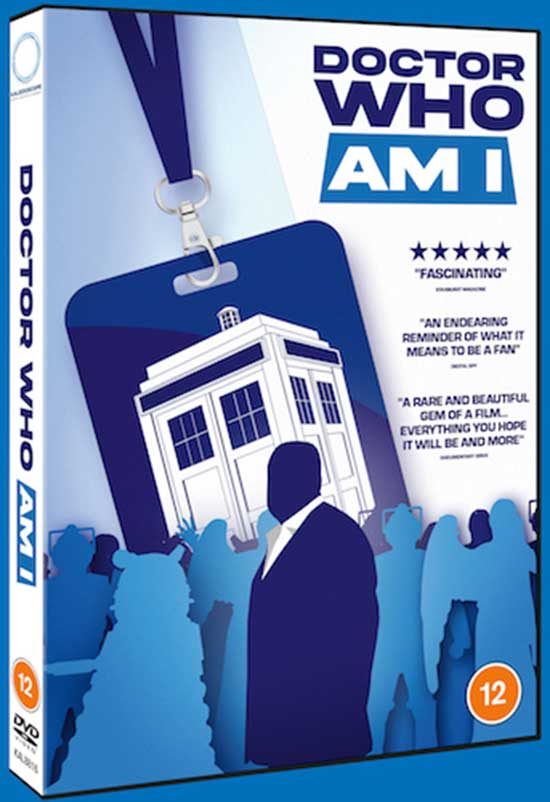 Following a hit theatrical release Kaleidoscope Entertainment is excited to announce that the award-winning documentary, Doctor Who Am I will be coming to Blu-ray, DVD & Digital from 28th November.
Following its World Premiere at the Sci-Fi London Film Festival, where the film took home the acclaimed ‘Audience Award’, Doctor Who Am I has continued to garner critical acclaim with Digital Spy calling it “an endearing reminder of what it means to be a fan”. The film was also selected for the highly regarded Melbourne Documentary Film Festival and Portland Film Festival.
In 1996, a Doctor Who TV movie was envisioned to lead the franchise into an exciting new future with a fresh direction, but it was met only by an outcry from disapproving fans. Now, follow the film’s infamous screenwriter, Matthew Jacobs, as he is reluctantly dragged back into the American ‘Whoniverse’ where, despite the brutal rejection of his work 25 years earlier, he unexpectedly finds himself a kindred part of this close-knit, yet vast, family of fans.
The documentary features the original cast of the 1996 movie, including Paul McGann (The Three Musketeers, Queen of the Damned), Eric Roberts (Inherent Vice, The Dark Knight, The Expendables) and Daphne Ashbrook (Star Trek: Deep Space Nine).

Excited about the release, filmmaker Vanessa Yuille said “We’re a small movie with a big heart, and Kaleidoscope saw that right away. Teaming up with Kaleidoscope is a perfect match for us because even though we’re an American movie, they understand the Doctor Who franchise and the global reach of the fandom. They can bring our documentary from the ‘Whoniverse’ to the Universe.”

Co-director Matthew Jacobs added “Now, more than ever, we need a positive movie about Doctor Who fandom as we move towards the show’s 60th anniversary. We’re so excited Kaleidoscope, like audiences have, recognize that our documentary is essential viewing for all lovers of storytelling.”

Doctor Who Am I will be available on Blu-ray, DVD & Digital Download from 28th November