Marvel’s New Vampire Hunter Is Ready to Slay on the Bloodline: Daughter of Blade #1 Cover 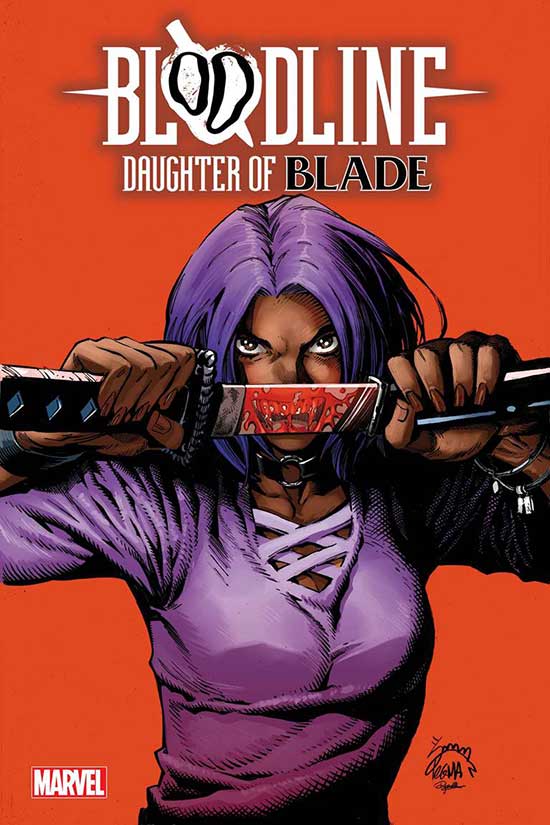 After arriving on the scene earlier this year in Free Comic Book Day: Avengers/X-Men, Brielle Brooks, the daughter of Blade, will headline her own series this February! Announced at New York Comic Con, BLOODLINE: DAUGHTER OF BLADE will reunite the character’s creators, writer Danny Lore and artist Karen S. Darboe, for a five-issue saga that serves as Brielle’s fascinating origin story and her thrilling journey to becoming Marvel’s next great antihero! Not only will readers witness Brielle develop shocking new vampiric powers, but they’ll also find out exactly where she stands with her iconic father and whether she’ll live up to his legacy or give in to her dangerous new hunger! Right now, fans can check out the cover by Ryan Stegman for the highly-anticipated debut issue that was revealed this past weekend by Editor-in-Chief C.B. Cebulski at the Lucca Comics & Games festival!

“One of my earliest Marvel memories is watching Blade with my father, and being in awe of how intensely cool the Daywalker is,” Lore said. “Over the years I’ve only grown to love Blade even more. Brielle ‘Bloodline’ Brooks is literally the child of a dual legacy in that way: both Blade’s long history, and my personal comic legacy. When you guys join us on this journey, I hope you find a part of yourself in Brielle’s story.”

Be there in February when Brielle Brooks discovers the truth about her lineage and embraces her dark destiny in BLOODLINE: DAUGHTER OF BLADE #1! For more information, visit Marvel.com.