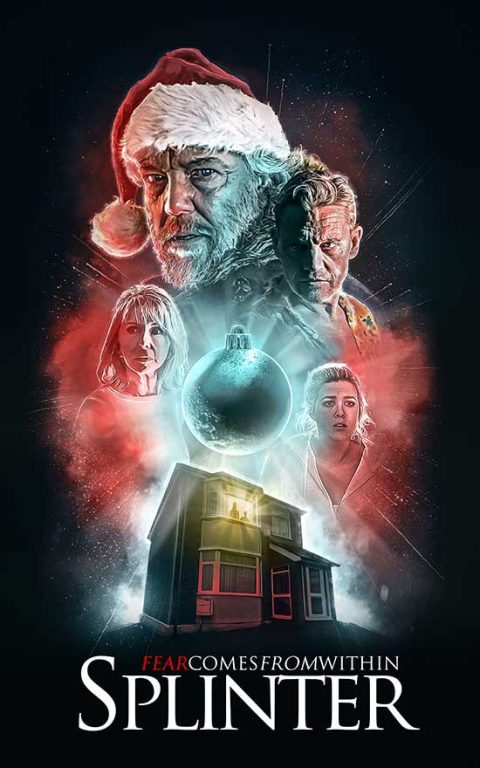 SPLINTER is the eerie tale of one man’s descent into madness, haunted by the ghosts of his murdered wife and son, and stalked by a mysterious figure from his past. The spooky movie, sporting the intriguing tagline “Fear Comes From Within” is the brainchild of David Bryant, the screenwriter and director of horror Dead Wood, who has won awards including Best Director for Splinter at the Unrestricted View Horror Film Festival.

“I wanted to tell a traditionally haunting tale full of tension but present it in a realistic portrayal of one man’s mental breakdown”, said the director about the low budget but high-quality production that has found distribution with Gravitas Ventures. David has learned the art of filming on lower budgets saying, “I wrote Splinter to be filmed entirely in my own home using props I already owned and keeping the cast and crew to a minimum”.

Where many low budget filmmakers use friends in the cast David managed to hook professional actors with the script including Bill Fellows, providing a memorably mesmerising performance, “I was offered the chance to play this complex and sympathetic character who felt real, in an intelligent script that presents a unique vision and not a by-the-numbers horror thriller. How could I say no?”.

Alongside Fellows, who won Best Actor for his portrayal at the Unrestricted View Festival, are actor and singer Michael McKell (Doctors, We Will Rock You) and multi-talented actress and celebrity chef Jane Asher, who worked with Bryant previously on comedy feature Drunk on Love. Next up David is aiming high, teaming with producers to develop high concept genre movies from violent revenge thrillers to blood-soaked vampire tales.

David said, “I’ve always loved genre and especially horror movies and I’m always planning the next film or writing the next screenplay as you never know when opportunity will come knocking”. SPLINTER was produced by FILO FILMS and SEA AND SKY PICTURES and will be released by distributor GRAVITAS VENTURES Worldwide.