Wild Eye Releasing official trailer for
“Ghosts Of Amityville”
The latest entry to the Amityville franchise. 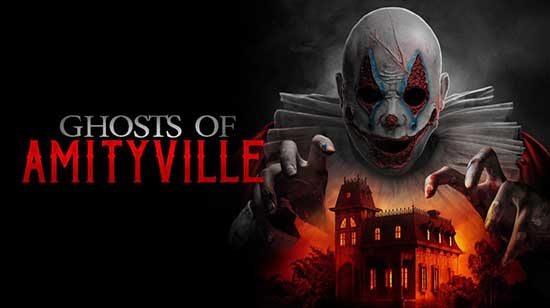 Following the sudden, tragic death of her mother, an eight year old girl is haunted by the demonic spirit of a man linked to the original Amityville murders, who eventually manifests himself in reality as her greatest fear, a creepy circus clown.