Bring Out the Fear – Festival Horror Hit Film Available for Your Territory! 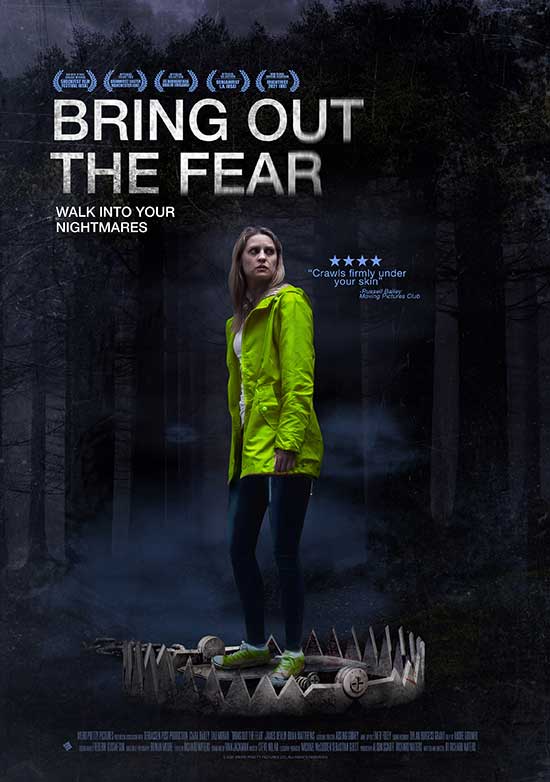 “BRING OUT THE FEAR”

Rosie and Dan are a couple in a doomed relationship. Deciding to end things in the least acrimonious way possible, they decide to take one last walk in a favourite destination: the local forest. But suddenly the endlessly winding paths lead nowhere, the trees never seem to end, the sun never sets, and a sinister presence stalks and torments them, trying to drive them insane. There is no escape, but from what, exactly, are they hiding?