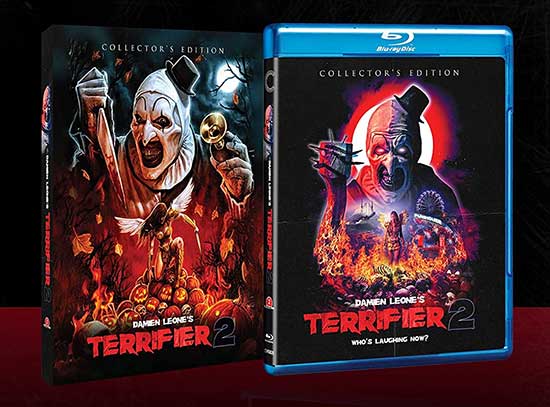 Horror fans made a statement as Terrifier 2 carved out a $1.229 million opening weekend (Thursday-Sunday) via Cinedigm, Bloody Disgusting, Screambox, and Iconic Events. Despite playing select theaters with limited showtimes, it earned the #9 spot at the box office.

In the sequel to the 2016 cult classic slasher Terrifier, Art the Clown is resurrected by a sinister entity and targets a teenage girl and her younger brother on Halloween night.

Not since Paranormal Activity has an independent horror film made such a splash at the box office. Terrifier 2’s success is even more unprecedented, since it was released in major movie theater chains without an MPA rating. Viewer discretion is advised, as there have been reports of moviegoers vomiting and fainting at screenings.

“This whole experience has been so surreal and rewarding,” enthuses Leone. “I’m just so thrilled to be able to share this joy with my cast and crew. They all worked so hard. Thank you all for believing in us and believing in Art!”

Terrifier 2 currently has a 90% critical rating on Rotten Tomatoes with a 91% audience score. Additional screenings are being added based on demand.

The film will hit VOD and stream exclusively on Screambox later this fall. The original Terrifier is available now on Screambox as part of its budding library of exciting horror content.