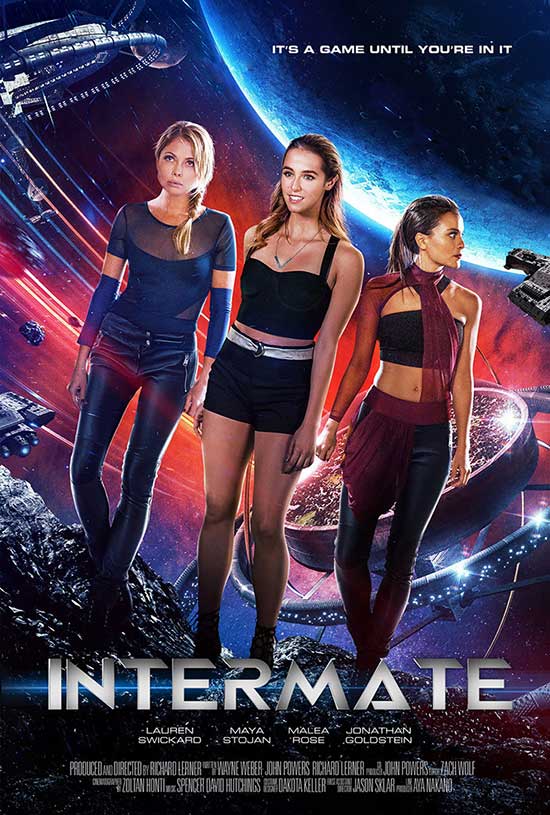 A trippy new romp from cult director Richard Lerner (Revenge of the Cheerleaders), INTERMATE is a campy sci-fi flick, with psychedelic effects, that tells of three women in a parallel universe who play a blind date reality game to experience euphoria.
Vedette Lim, Maya Stojan and Allison Dunbar star in a film written by Richard Lerner and John Powers, on digital platforms November 4.

Synopsis : Inside a space habitat in a parallel universe, three young women play the blind date reality game InterMate in order to experience the euphoria of the flashout. Unexpectedly they find themselves trapped on Earth seeking the missing player of their game. They encounter a jogger, a rocker, a biker, an exploitative owner of an escort service, a radio telescope supervisor, and others vulnerable to their ecstatic flashout. All the while they are pursued by an awkward Reality Repairman whose assignment is to seal the hole between realities before the Multiverse is permanently altered.

“It feels like everyone involved had a good time and you may too in the right sort of mood for something bizarre, ludicrous, but with a charm to the whole preceding you only get when you care.” — SciFiMoviePage.com