You’re In For A Terrifying Ride When You Board The… 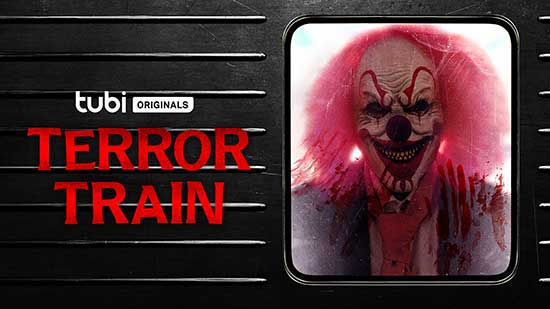 In this contemporary reimagining of TERROR TRAIN produced by Incendo, eerie excitement is in the air as Alana (Robyn Alomar) and a group of college seniors board a party train for a Halloween-themed bash, but their fun spirals into fear as attendees are killed off one by one by an unknown killer. Concealed by costumes and plagued with chaos, everyone is a suspect. As the party train continues full steam ahead, Alana must race against the rails to find the killer before she becomes the next victim. The new cast is led by Robyn Alomar (“Utopia Falls”) as well as Tim Rozon (“Schitt’s Creek”). The remake is written by Ian Carpenter and Aaron Martin (“Slasher”), directed by long-time Incendo collaborator Philippe Gagnon (“Amber Alert”), produced by Graham Ludlow and Kaleigh Kavanagh; executive producers are Graham Ludlow, Shari Segal and Brook Peters.