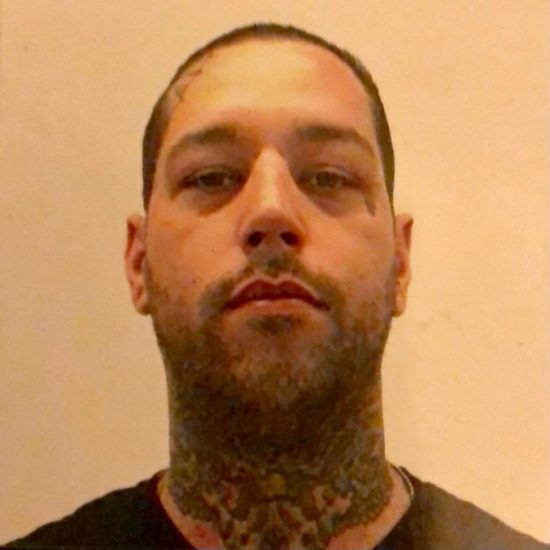 A new horror magazine is out and it’s right up the alley of genre fans. It’s called Violent World and it features original horror art made up in the form of tattoo flash (designs). It’s the brainchild of Bill Blood, a fellow horror fan who was born and raised in Brooklyn, NY but now resides outside of Los Angeles. As he is putting the finishing touches on issue #2, he was kind enough to speak with me about the magazine and his love of all things horror.

How long have been a fan of horror?

Honestly, as long as I can remember. Long before I ever saw a horror movie, I enjoyed the spooky-themed episodes of cartoons, and Halloween was always my favorite holiday. As I got older, I would catch horror movies playing on WPIX (channel 11 in New York), particularly during their “Shocktober” lineup leading up to Halloween. Sometimes it was a bit more than I could handle and I’d spend hours up at night imagining that Jason Voorhees and Michael Myers were right outside my door, but no matter how scared I’d get, I’d always go back for more.

Well, my biggest fear when I was a kid was nuclear weapons. My grandpa watched a lot of news programs and PBS, and I remember catching part of Threads when he was watching it. For a while I was expecting bombs to drop over New York at any minute. There were still signs around my neighborhood for fallout shelters and to me it seemed like it was just a matter of time.

I can empathize with you. The Day After was a TV-movie that we were instructed not to watch by administrators at our school! I also recall seeing Testament in class on VHS and being really disturbed by that.

I was also terrified of Eric Stoltz as Rocky Dennis in Mask. I saw him in a commercial when I was very young and it scared me so much that for years after, and even after I had been watching violent horror movies, I was still freaked out whenever I’d happen to see him in costume.

What was the first horror film that you ever saw?

I saw a lot of the Universal classics when I was little, and parts of some of the Hammer films, but I was so young I didn’t really follow the plots, I just loved the visuals and the vibe and the creatures. The first horror movie that I really watched and absorbed was probably Poltergeist. The guy ripping his face off in the mirror is one of my earliest memories of being really scared by a movie.

Wow, I saw that opening weekend with my friend Matt and we watched it twice. The hands in the face-ripping scene belong to Steven Spielberg.

I saw that one in the movies, too. That scene almost threatened the film with an X-rating.

I also snuck out of bed one night and hid so I could check out what my dad was watching. On the screen I watched a creepy guy walk in on a blonde girl in her bed. There’s a struggle and she breaks a vase, stabbing him in the gut with what’s left of it. Again, blood squirts out everywhere. That was enough for me, so I ran back to bed with my heart pounding. Years later I found out it was Deadly Friend. Imagine if I had caught the basketball scene!

Ha ha! I saw that opening night! The audience cheered during the basketball scene.

But the movie that made me a horror fanatic was Return of the Living Dead. I remember flipping channels one Saturday afternoon (literally turning a dial on the old television set) and landing on the opening scene. Once that barrel leaks and the tarman escapes, I was hooked! I loved everything about it and from that day the video store’s horror section became like a second home to me. I got to see Return of the Living Dead uncut when I rented it to give it another watch, and of course I liked it even more.

That’s a fun one. I caught up with that on VHS. What is the scariest film you have ever seen?

This is a tough question! For me, it’s all about tone and pacing. The suspense of what could happen at any moment rather than what actually plays out, along with a feeling that you can’t escape. Halloween is a great example of that, and so is Alien, which actually takes it to another level. The xenomorph is stalking the crew of the Nostromo just like Michael Myers or Jason Voorhees stalk their victims, but the tension is cranked up because of the claustrophobic feeling that the film creates (which is even more effective on the big screen). Ripley can’t escape to a neighbor’s house or flee into the woods, she is utterly alone (aside from Jonesy the cat). The Strangers is one of my favorite modern horror movies that also nails that kind of tension. Another one that comes to mind is Begotten, but for very different reasons. The visuals in Begotten stand out and make it one of the most unsettling films I’ve ever seen. The opening is a surreal and disturbing experience that has stuck with me since the moment I laid eyes on it. It’s one of my all-time favorites!

How long have you been tattooing?

I got some machines and did some really terrible little tattoos on myself and my friends in 1998, but I knew I wasn’t gonna get better just trying to figure it out as I went along, so I spent the next few years getting tattooed as much as I could and making friends with some artists who really put me on the right path. I got started for real in 2002. 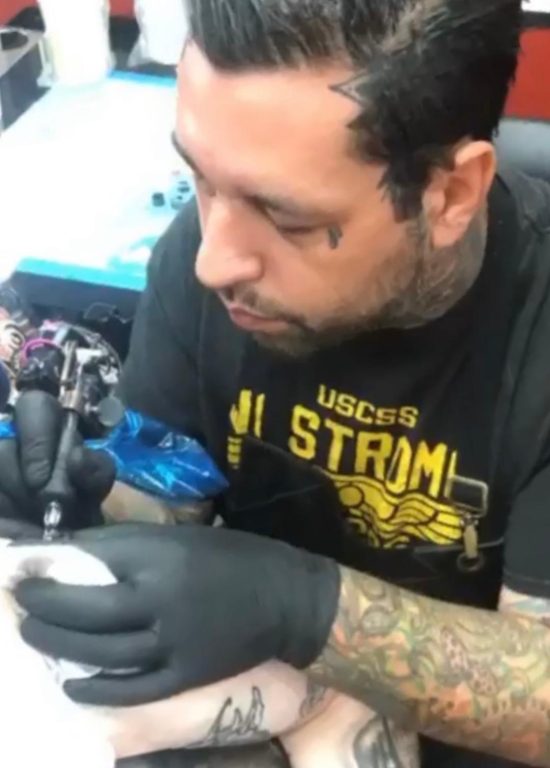 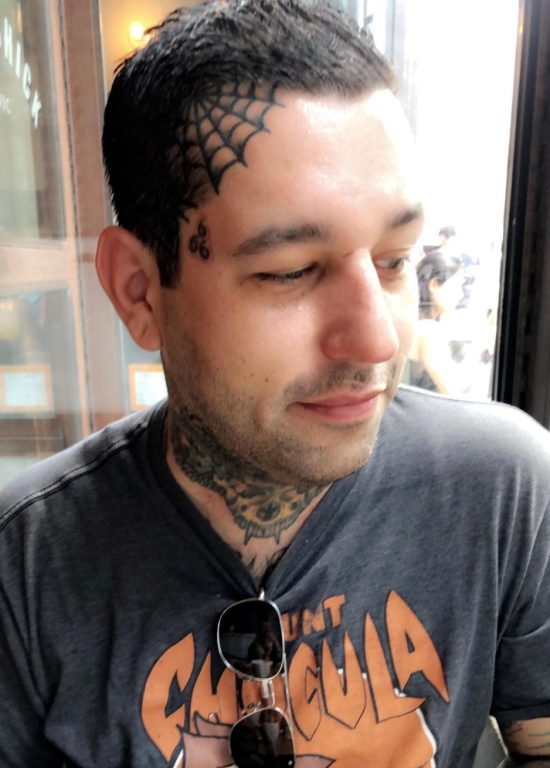 What are some of the challenges you run into when tattooing?

There’s a lot of challenges. Even once you get past the hurdles of trying to get the basic techniques down, you’re always trying to improve so it’s important to keep stretching outside of your comfort zone. But at the same time, trends come and go so there are times when it can get a little stagnant. There are some weeks where it’s like Groundhog Day and it seems like I’m doing the same three Pinterest designs over and over. I can fall into a creative rut when that happens, so I try to make time to work on other stuff that’s a bit more challenging or different from the current ‘usual’. Then there’s challenges that come with collaboration. Clients have an idea in their head of what they want, but there are limitations to what can be done for a tattoo. I’m very lucky to have a lot of great clients that are willing to compromise when it’s necessary to not only convey what they have in mind, but to also be a well-composed and well-done tattoo that will last a lifetime. 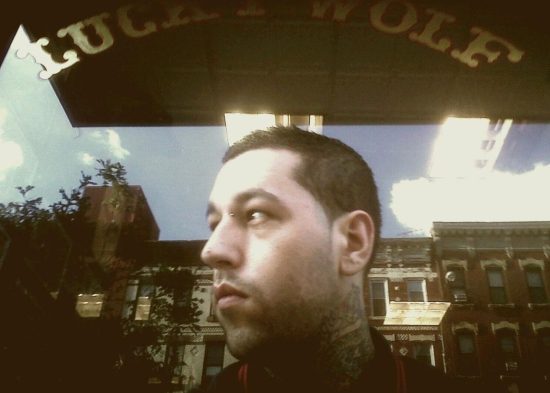 How many tattoos do you currently have?

That’s a tough question, I lost count when I had 60-something tattoos, and that was over 10 years ago. At this point it’s easier to put it in terms of coverage. I’d say about 80% of my body is tattooed. One of my early ones is a Jason Voorhees with crossed machetes that I did on my own leg when I was learning. 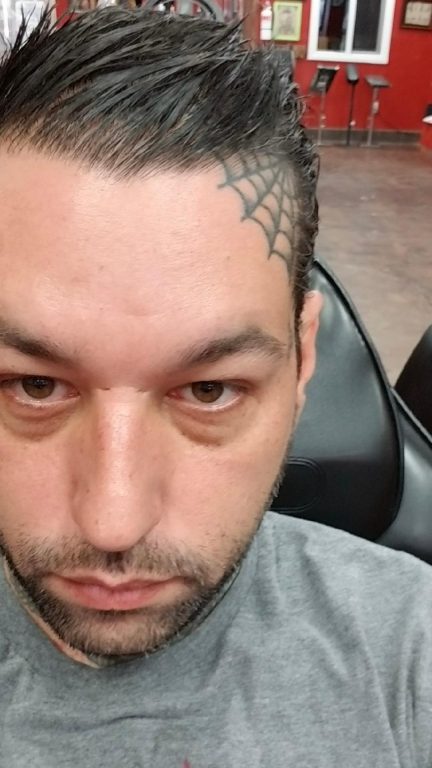 Do you have a favorite?

That’s another tough question! Hard to narrow down when there’s so many to choose from, and they’re all attached to memories. I have a lot of fun little ones but the ones that stand out most are a traditional wolf head on the top of my head, that’s one of my favorites for sure. I also really love my back piece, it’s a big traditional devil head with a dagger and roses framing it out. I have a little tribute to the McDonald’s McRib that I love too, hahaha!

Tell me about Violent World magazine. How did this come about?

Well, the idea was in the back of my mind for a while. I always liked to paint tattoo flash designs based on the movies I was into. I worked on a few projects where tattooers would submit their version of a certain theme, and I thought it would be cool to get a group of artists together to do horror movie-themed work. Once COVID-19 hit, however, the shop closed for a few months and I had time to work on things that I normally wouldn’t have, so I finally pulled the trigger and reached out to some friends and some artists that I didn’t even know personally, but who’s work I was a fan of. I’ve always been a bit of a collector (like a lot of horror fans) so I thought it would be cool not to limit it to one particular release, and to make various issues, each covering different sub-genres after the first issue, which was just a general mix of films. I knew I wanted to make it a physical magazine, not just images collected online which has become sort of the norm. But for the fans like me who collect EC Comics and VHS copies of classic movies, it just seemed to make more sense to provide something we could hold in our hands, and even tear out pages to put up on the wall. 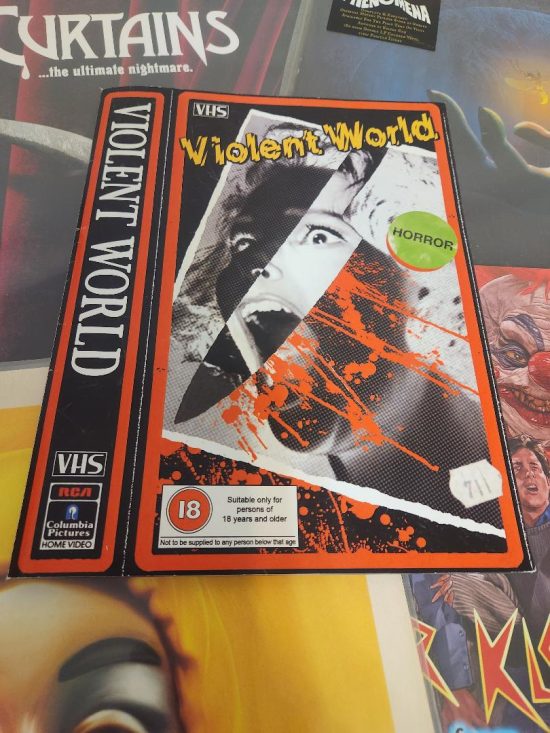 Do you have plans to release it multiple times per year?

Ideally I’d love to have four issues a year, but right now that’s just not possible. Aside from the contributors submitting their pieces, I did everything else for issue #1 myself. It’s a lot more work than it may seem like, and once I was back at work full-time I had a lot less time to put into the layouts and putting the whole thing together. For issue #2 we have more than double the amount of contributors, so there’s a lot more work going into it. Luckily a few friends joined in to help with some of the writing, which frees me up a bit to focus on the design side, but I’m always looking to expand the team. It is a labor of love though, we are fans making this for other fans, and we don’t have any financial backing aside from what I can afford to put into it. Between day jobs, family stuff, and tattooers being notorious for not meeting deadlines, it takes a while to get an issue ready for print. Plus, we have added new features and content to issue #2, and I’d rather take my time and make it right than just throw it together and put it out. I’m hoping that I can expand the team after the release of issue #2. Another writer and a graphic designer or two would make a big difference. We also plan on doing much more than just the zine. Screenings, parties and other events, maybe mini horror themed tattoo conventions, and much more, so as we keep building the team will grow, too. My goal is to release issue #2 and issue #3 within the same year, and hopefully after that we will be in the position to get more out in a shorter time. 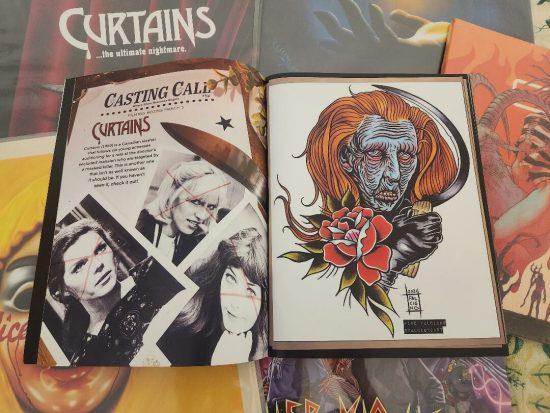 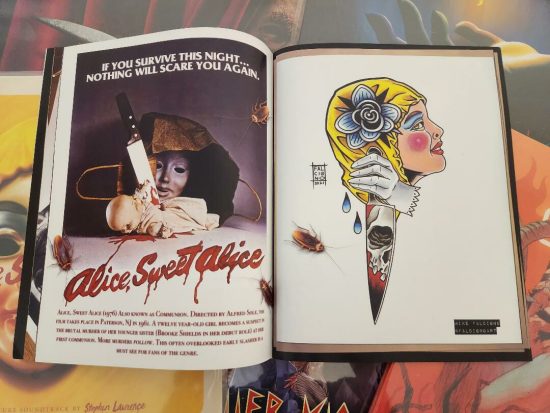 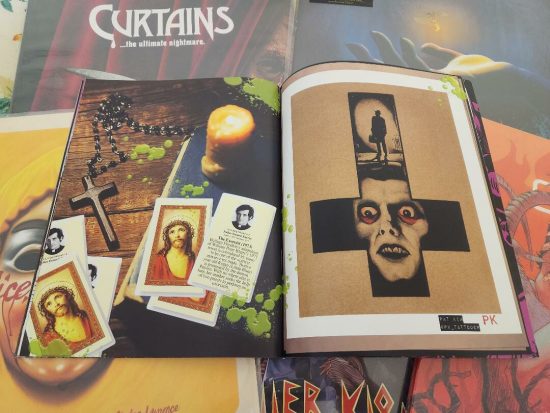 Is it available in stores or just through mail order?

There’s a handful of retailers that carry issue #1, but the online shop is our main supplier right now at  violentworldmagazine.com, with a merchandise section of t-shirts, pins and artwork. I have been speaking with other retailers and with the release of issue #2 I’m hoping to have it available in stores at more locations. 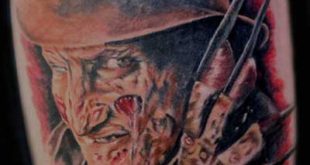 Horror Tattoos – aka HorrorNews Contest (You pick the topic, and we will write about it!)