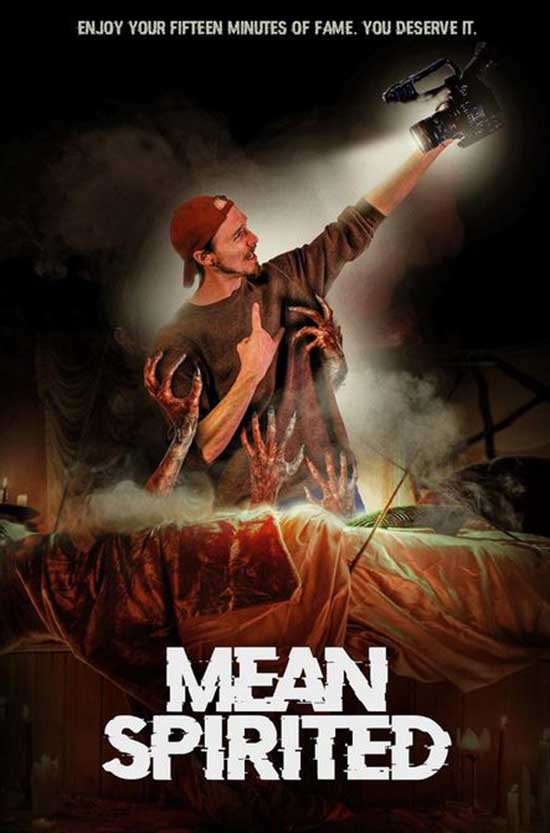 Screamfest announced today its second wave of titles including the North American Premiere of MEAN SPIRITED. It will be screened on Tuesday, October 18 at 7:30pm at the TCL Chinese 6 Theatres, located at the historic Hollywood Walk of Fame.

MEAN SPIRITED follows a wannabe YouTuber who set out to bury the hatchet with his celebrity friend, just to find out that he is not quite himself anymore…

Tickets to the premiere will be available on Screamfest’s website: screamfestla.com/2022/film/mean-spirited

“we are proud to be back at Screamfest with Jeff Ryan’s crowd-pleasing horror-comedy” said Entertainment Squad’s CEO and Executive Producer, Shaked Berenson, “after a great reception at Frightfest, we look forward to show the film to American public for the first time” Squad’s genre label, The Horror Collective, will release the film early next year.

Festival Founder and Director Rachel Belofsky added: “Having produced some Screamfest favorites like The Golem, The Lodgers and Tales of Halloween, we’re looking forward to having Shaked back in the festival with Jeff Ryan’s Mean Spirited.”

“We had our eyes set on Screamfest since writing the script, so we are honored to have our US Premiere at the legendary Chinese Theater. We look forward to laughing and screaming with everyone in October” said director Jeff Ryan.

MEAN SPIRITED is Ryan’s solo directorial debut. His previous film, Mass Hysteria (2020), another horror-comedy about the Salem Witch Trials, was released by The Horror Collective and acquired by Shudder. His first feature YouthMin: A Mockumentary about a narcissistic youth pastor is now streaming on Peacock. He’s slated to shoot later this year his fourth film, Mooch, a crime-comedy, the true story of Ryan’s childhood moochiness