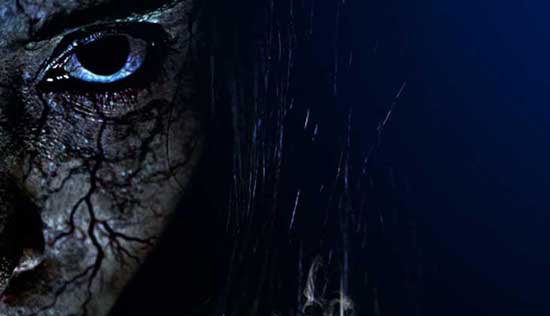 This year’s Zurich Film Festival had numerous surprises in store for horror fans, including a masterclass from filmmaker Luca Guadagnino.

The festival showcased several movies that fall under the horror genre, such as Bones and All and Mad Heidi. The 18th edition of the ZFF was also the most successful, with a record 137,000 attendees over the two-week period.

Bones and All, a multi-genre horror movie directed by Guadagnino, combines a cannibal romance with the road movie genre. Guadagnino has already won accolades for the film, including the Silver Lion award for best direction at the 79th Venice International Film Festival, where the movie celebrated its premiere.

One of the highlights of the film festival for horror fans was the masterclass provided by Guadagnino, who took time out from his busy schedule to provide insights into the horror genre. The Italian director, who was honored with the A-Tribute-to-Award at the festival revealed the technicalities of creating a horror movie. This included the consultation of a pathologist to ensure the cannibalism depicted in the movie was authentic. The discussion resulted in the disclosure that biting into a body actually takes a great deal of effort due to the thickness of the human skin, therefore authentic cannibalism requires chewing as opposed to the tearing away of flesh.

The ability for the genre to inspire innovative plots and scenarios is demonstrated by the film Mad Heidi, a horror movie set in dystopian Switzerland. The country has been taken over by a fascist evil cheese tyrant and Heidi must relinquish her quiet life in the Alps to defeat the cheese extremists. The movie is a spoof on Heidi, the novel written by Swiss author Johanna Spyri, which was published in 1881 and is the brainchild of the directors Johannes Hartmann and Sandro Klopfstein. The satirical nature of the film has led to the designation as the very first Swissploitation movie.

It is the diverse nature of the horror genre that gives creators in the entertainment industry a great deal of leeway in the creation of content. For Swiss horror enthusiasts, for example, there is a wide range of horror games available across the board, with cult classics such as Resident Evil and Silent Hill, and even casino games join the grizzly fun with Horror-slots and free spins in Swiss online casinos. Slot titles such as Evil Goblins, Vampires and Dracula Riches are able to capitalize on the popularity of the genre by featuring well-known horror characters, alongside the dark sounds and visuals associated with horror. The selection of innovative game titles also exemplifies the range of horror themes and different interpretations on offer in the sector.

Indeed, the ability to interpret the horror genre in a variety of ways is part of its attraction for Guadagnino. He revealed that the multi-genre nature of Bones and All, which is based on the novel of the same name written by American author Camille DeAngelis, represents his objective of forgoing a signature in his movies. For Guadagnino, nothing could be more tedious than constantly replicating the same movie style. With its variety of subgenres, horror gives him the opportunity to experiment with a wide range of themes in his movies.

That is why festivals such as the ZFF have an important role to play in showcasing Swiss and German cinema. In modern cinema, foreign-language movies have the opportunity to make a splash across the world thanks to the proliferation streaming platforms.

As Halloween, the scariest night of the year, approaches, there are plenty of thrills and spills in store for fans of the genre with a host of cult horrors coming to Netflix, with classics including Apostle and The Blair Witch Project. The latter movie is particularly worth revisiting after the US found footage movie Holes in the Sky: The Sean Miller Story recently achieved a total of 19 awards in the subgenre, overtaking the 1999 movie.

With the Zurich Film Festival highlighting the latest innovations in horror cinema, the genre is once again presented as one of the most versatile in the movie industry. It also reveals an opportunity for filmmakers to explore classic works of fiction not normally associated with horror and to experiment with multi-genre horror films.