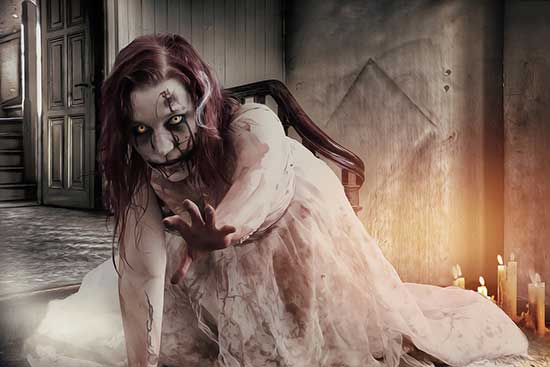 Slot games have come a long way since the fruit machines of the 1970s and 80s. Today, online video slots are available in just about any theme you can imagine from ancient history to pop culture. There are plenty of slots for fans of the horror genre too and here, we look at three of the best.

The Walking Dead began life as a comic book but spawned an extensive franchise including the smash hit AMC TV show, a web series, novels, and a slot game. The Walking Dead slot game from Playtech can be played at the Paddy Power online casino for real money.

The game features images of the cast including Rick Grimes, Daryl Dixon, and Negan. Other symbols include guns, swords, crossbows, and knives. And, of course, there are a host of zombies waiting to creep up on you. Two or more zombies on a reel are good news as they’ll transform into stacked wilds. There are a host of other bonuses to make the game an impressive addition to the horror slot genre.

Curse of the Werewolf

No horror list would be complete without a werewolf. Werewolves are a staple of European horror with stories of wolf-like humans dating back to the 12th century. The genre has continued to thrive in the 20th century with classics including the 1981 movie “An American Werewolf in London”. 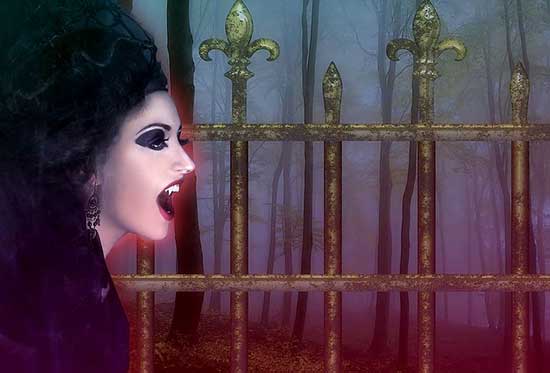 The Curse of the Werewolf Megaways slot is a highly volatile online slot that can pay out huge winnings. The game is well designed with a shadowy werewolf silhouette that slinks across the screen before your first spin. This, and the creepy music really sets the atmosphere for this super slot.

There’s potential to win big with a free spin bonus game with transforming symbols. There are also some mystery symbols for added interest. The game has up to 46,656 ways to win and an excellent RTP (return to player) value of 96.5% making it a great high-volatility game regardless of the theme.

The vampire genre never seems to get exhausted with endless movies and TV shows released over the decades. One of the best recent examples is the dark comedy classic “What We Do In The Shadows” (2014), which was recently made into a TV series. If you are a fan of the genre, the Vampire Princess of Darkness is for you.

The game is as slick as they come with a dark theme predominantly in black and white but with a subtle hint of colour. The symbols feature blood, garlic, gothic castles, bats, crosses, and alluring vampires. It’s a standard five-reel slot with five pay lines. The Vampire Princess symbol is wild and there’s a gravestone symbol, which triggers a bonus game. It’s not the first vampire slot game to hit online casinos but it nails the atmosphere of the genre better than most thanks to the attention to detail of the developers.

So, if you are a fan of slot games and horror, these are three of the best games available to play today. You can find play them all online or on your favourite mobile device.