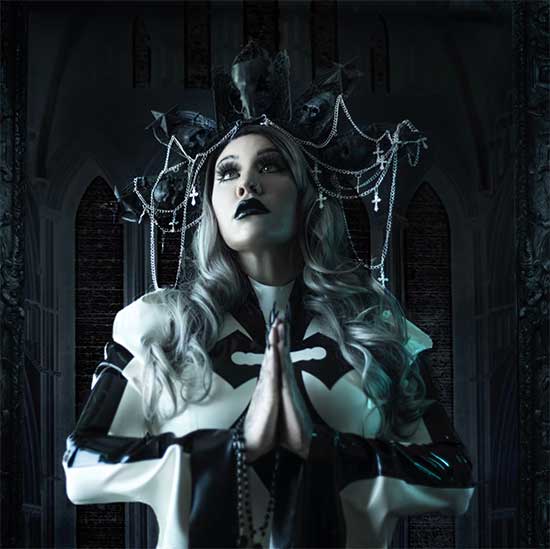 LOS ANGELES, CA  | November 3, 2022: Metal vocalist and rising star Lexi Layne is set to make her L.A. debut at Hollywood’s iconic Viper Room Thursday, November 3. Doors are at 8pm with Lexi’s performance kicking off at 11pm. Ready to unleash her eye-catching stage presence and powerhouse vocals, Layne is all about showing “alpha female energy” in an otherwise male-doninated genre. Heralded for her latest release of the horror-themed music video “Self Sabotage”  by Outburn Magazine, the singer is poised to play the single along with the other beloved tracks from her “Sinner and Saint” EP for a new audience.

“I think of everything as a production. It’s not just music to me. I have a story to tell, a feeling to connect with my audience,” says vocalist Lexi Layne. “My music caters to the rebellious, ‘I’m going to be true to myself’ people who are learning how to live authentically through the hardships and the shit that life throws at them. The ones who come out stronger on the other side.”

Raw and in your face – Lexi Layne is an off-the-edge, powerhouse vocalist whose stage presence captivates audiences of all backgrounds. Accustomed to the spotlight, Lexi’s songwriting and lyrics take her listeners on a dark yet beautifully haunting ride. Her emotive storytelling brings a very real energy to her music that is underscored by rock and metal influences. Lexi Layne’s debut EP Sinner and Saint is available on all streaming platforms, including Apple Music and Spotify. With a jaw-dropping debut under her belt and coming off a fresh, frightening music video, Lexi is just getting started. Her passion to connect with alpha females everywhere is certain to shake up the metal scene as we know it.