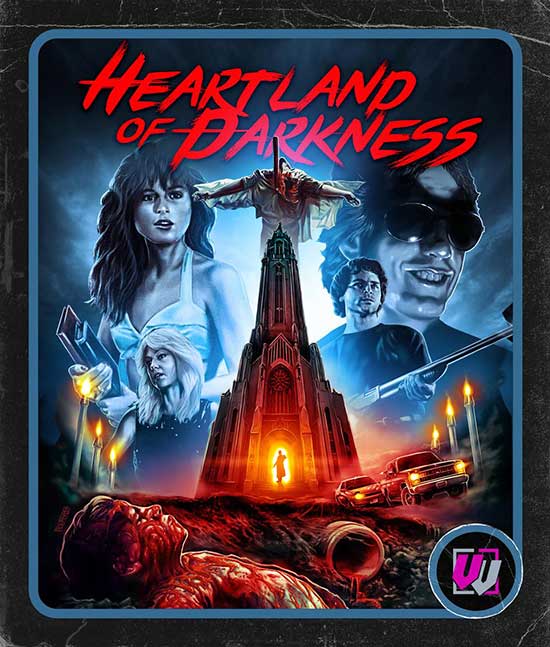 Visual Vengeance, a Blu-ray label dedicated to vintage ‘Shot on Video’ and microbudget genre independents from the 1980s though 2000s, is thrilled to reveal the next Blu-ray collector’s edition release for November 2022:

SYNOPSIS: In the small town of Copperton, Ohio, Paul Henson, a former big-city journalist, buys a small local newspaper. He quickly falls into a wide-reaching conspiracy of ritualistic murder and cult mind control when he discovers that the entire town may be under the spell of a Satanic reverend and his flock. As the clues and corpses pile up, Henson and his family are thrust into a life-or-death struggle to expose the truth and stop the demonic cabal’s reign of evil.

Shot in 1989 by director Eric Swelstad on 16mm film and lost in obscurity and distribution false starts for over 30 years, Heartland of Darkness finally arrives on home video for the very first time and is packed with bonus features that spotlight the original creators and document the film’s long history and final completion.

– First time available in any format

For more details on the label and updates on new releases – as well as news on upcoming releases – follow Visual Vengeance on social media: