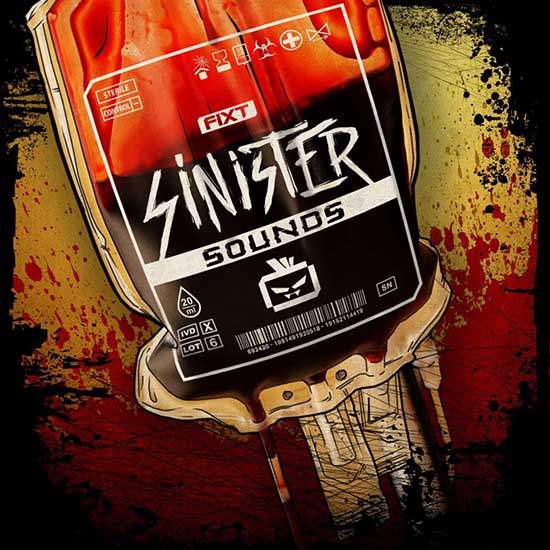 Listen To “Somebody’s Watching Me”

Debuting on the compilation – rising synth rockers Young Medicine are back with their latest metalcore cover of Rockwell’s original hit single “Somebody’s Watching Me.” Pulsing synthesizers fuse with hard-hitting guitars, and eerie wolf howls for an overall sinister atmosphere just in time to get into your Halloween playlist.

“‘Somebody’s Watching Me’ has always been one of the first songs any of us plays when we hook up to our bus stereo on tour, and we’ve been talking about covering it for years,” says Young Medicine. “From the bass line to the main synth arp, there are so many instrumental motifs that translated really well to a full, heavy band sound… the hardest part was deciding how to handle Rockwell’s theatrical verse vocals without copying them, but still paying homage to the OG.”

FiXT Presents: Sinister Sounds is out now on all platforms from independent multi-genre label FiXT.

Rising synthwave rockers Young Medicine pull the best from diverse genres to build a carefully constructed music identity that defies simple categorization. Thumping double-bass beats and crunchy guitar riffs hammer out hard-hitting rhythms while chorus lines partner with sparkling retro synth tones for a stunning mix of audio ideas. If synthwave and metal got together and started a boy band, the result might sound something like Young Medicine, who have put themselves on the map as pioneers for a new era by bringing rockstar swagger to the retrowave movement.

Young Medicine made a statement early, releasing their debut album Interlinked in 2019 to widespread fan and influencer support, including the group being named in Alternative Press’s Top 12 Bands You Need To Know. The album also received prominent Billboard charting, landing spots on the Top 10 Alternative New Artist Albums and Top 25 New Artist Heatseekers charts. The band propelled themselves into tens of thousands of Spotify monthly listeners practically overnight while a series of original music videos piled up hundreds of thousands of views on YouTube.

The recording soon caught the attention of independent label FiXT, who signed the group to a deal in early 2020. The new partnership led to a re-release of Interlinked along with brand new remixes, with new singles planned throughout 2021 and building towards a new full-length album in 2022.