Home | News | Out of the desolate depths, SYMPOSIUM OF THE REAPER is an anthology for those of a morbid mental persuasion. 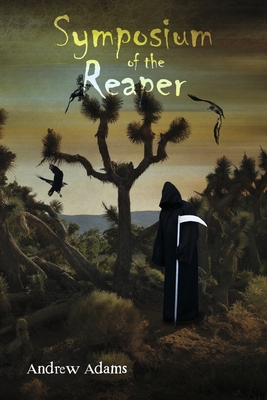 Traversing graveyards, comedy clubs, and art classes, SYMPOSIUM OF THE REAPER is a horror anthology featuring thirteen short stories sequenced to resemble the experience of listening to an album.

A rollercoaster ride of ups and downs, laughs, and shocks, the collection was inspired by the variety of TALES FROM THE CRYPT and the anarchic spirit of the EVIL DEAD franchise. SYMPOSIUM OF THE REAPER is for readers who grew up loving GOOSEBUMPS books but would have preferred they were rated R.

Andrew Adams is a horror fanatic who became fascinated with the genre through film. He’s also a heavy metal music enthusiast, film fanatic, and lover of the occasional bourbon.

“My creative process begins with being a lifelong horror fan,” Adams says about his work. “When I think of what to write, it usually starts with something I would like to read or watch, something I haven’t seen before. I also began as a filmmaker and that has definitely bled into my writing; most of my books and stories have a visual element in my mind and I would love to film some of them one day.”