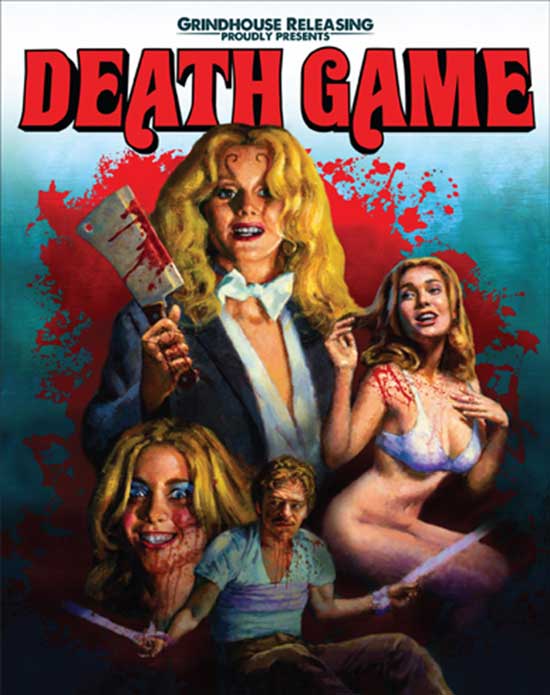 Grindhouse Releasing is proud to present the ultimate 1970s psychological thriller. John Cassavetes veteran Seymour Cassel stars as George Manning, a family man whose perfect life is turned into a nightmare of sex and torture when he allows himself to be seduced by two nubile young strangers (Sondra Locke and Colleen Camp) who show up at his door on a rainy night. Considered lost for many decades, DEATH GAME is being presented for the first time on home video in its original 2.39:1 aspect ratio, meticulously restored in 4K from the original camera negative. 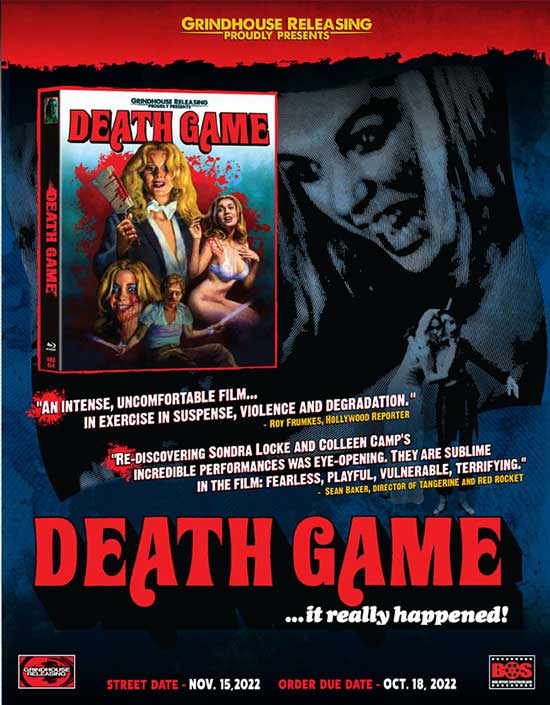