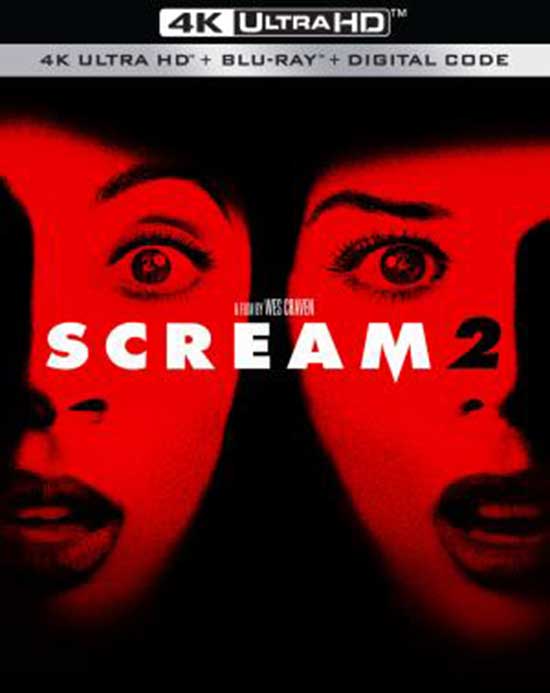 Celebrating its 25th anniversary this year, the fan favorite SCREAM 2 arrives on 4K Ultra HD for the first time on October 4, 2022!

Originally released on December 12, 1997 in the U.S., SCREAM 2 has been newly remastered in 4K and will be released both on Digital and in a 4K Ultra HD/Blu-ray set that includes legacy bonus content (detailed below), as well as access to a Digital copy of the film.

Away at college, Sidney Prescott (Neve Campbell) thought she’d finally put the shocking murders that shattered her life behind her… until a copycat killer begins acting out a real-life sequel.  Now, as history eerily repeats itself, ambitious reporter Gale Weathers (Courteney Cox), Deputy Dewey (David Arquette) and other SCREAM survivors find themselves trapped in a terrifyingly clever plotline where no one is safe or beyond suspicion.