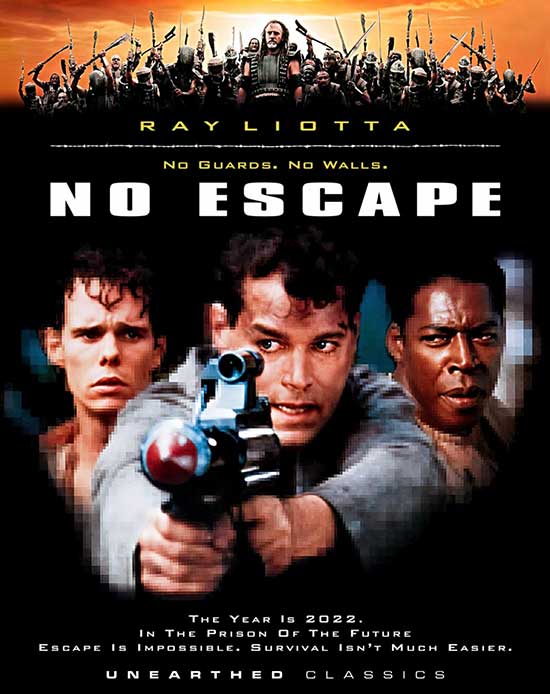 This October, Unearthed is proud to add Martin Campbell’s No Escape to the Unearthed Classics line. Released in 1994, No Escape is an action sci-fi combo that is more relevant than ever. In the futuristic world of 2022, the prison system is run by corporations and prisoners are highly valuable assets. John Robbins (Ray Liotta) is a marine convicted for the murder of his commanding officer after being ordered to kill innocent civilians in Benghazi. After his conviction, Robbins is dropped on a prison island inhabited by two camps of convicts who are out to kill him. Robbins’ only hope for survival is escape.

No Escape is a classic piece of ’90s action with big, over-the-stop set pieces, and chaos that never lets up. A video game of the same name was released for Super Nintendo and Sega Genesis in 1994, while Marvel released a 3-part comic mini-series to help promote the film.
These releases from Unearthed feature new interviews with director Campbell, producer Gale Anne Hurd, and co-writer Joel Gross. No Escape co-stars Lance Henriksen, Kevin Dillon, Ernie Hudson, and Michael Lerner.
Share