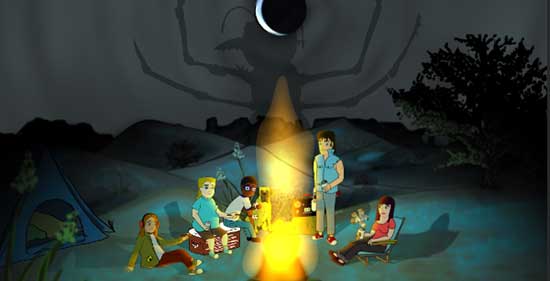 A unique and fresh tale awaits as THE WEIRD KIDZ will spook & move audiences at Brooklyn Horror Film Festival 2022.

Zach Passero’s animated feature film debut is a labor of love, eight years in the making. Written and single-handedly animated by Passero, THE WEIRD KIDZ is a horror-inflected creature feature and an ode to ’80s coming-of-age films and favorite late night cinema tales. When three pre-teen boys and an older brother and his girlfriend take off for a weekend campout, none of them could imagine the horrors (and laughs) awaiting them in a remote desert inhabited by a legendary night creature and crazed townfolk. Puberty and adventure await…along with terror, amputations and midnight cult rituals!

Lucky Mckee (May, The Woman)