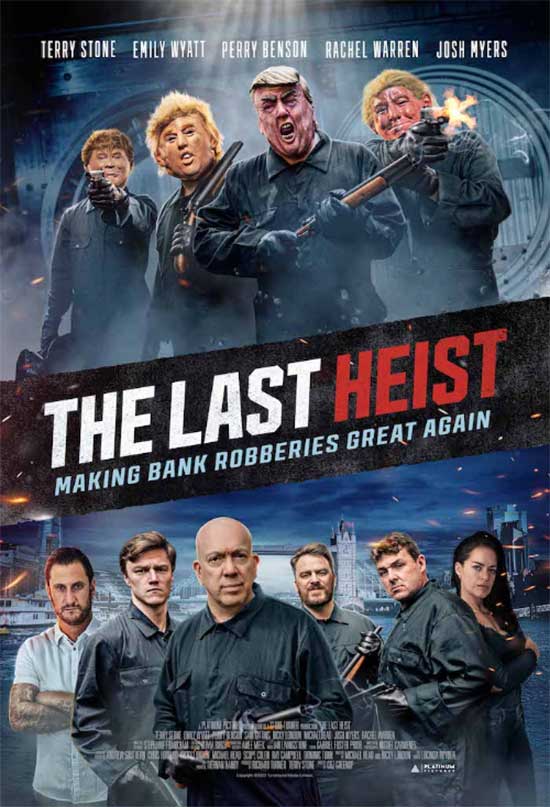 Thursday 22nd September, London, UK: Platinum Productions is thrilled to confirm that the British crime thriller, The Last Heist, will have its UK theatrical release from 4th November and available on all digital platofrms from 14th November.

Six month after a bank job gone sideways, four criminals reunite to split the proceeds of the heist. Before they all go their separate ways, the crew need to make sense of the mess and figure out what went wrong. When the stakes are this high is there really honour amongst thieves, and how far will this four go to protect each other, especially if the main threat seems to come from within the group?

The Last Heist is inspired by true stories, real events and real people (with the names changed to protect the not-so-innocent). The Last Heist is a witty, gritty, thrilling insight into the real south London criminal underworld – a look at real villains’ psyche and ongoing volatile relationships.

Producer and star of The Last Heist Terry Stone, was delighted to confirm the release; “This is the first time that a true crime film like this has ever been made and we are really excited for UK true crime audiences to watch this!“
The Last Heist will be in UK Cinemas from 4th November and available on Digital Download from 14th November
Share