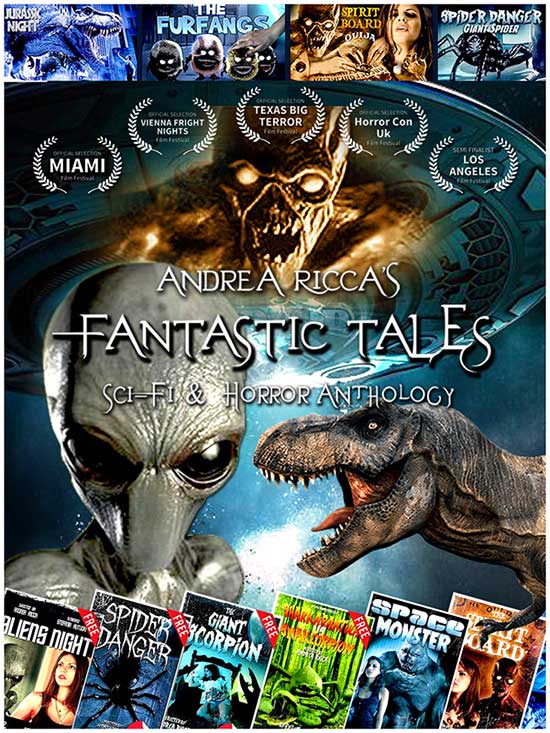 Now available online in free streaming: “FANTASTIC TALES”, the new anthological sci-fi horror movie by director Andrea Ricca whose previous movies boast over 50 million viewers online with international reviews and festivals.
The film is a collection of science fiction, horror and creatures features stories that ranges across various genres and places of the imagination, from alien invasions to paranormal experiences to fantastic creatures and many other stories of different lengths, in the wake of classics such as: Twilight Zone and Amazing Stories, Night Gallery, Creepshow etc.
Full of digital effects, the episodes are based on a mix of emotion, action and terror that accompanies the viewer from one fantastic adventure to another.
The film is available for free on the official website:
www.andrearicca.it/
“FANTASTIC TALES”

A film produced, written and directed by Andrea Ricca