Doxby Films, the team of Indiana filmmakers behind the hit short film Smokestack, has announced that their new psychological thriller feature film, Comfort Zone, is set to begin production on September 10. 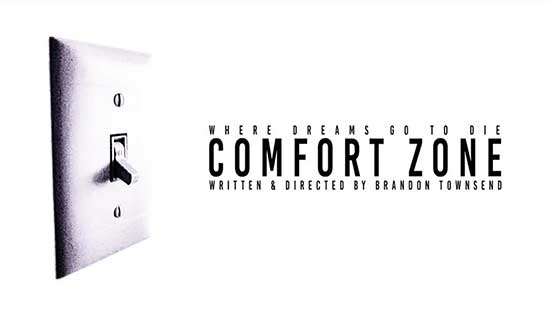 “Pre-production has been a long, uphill battle,” said writer and director Brandon Townsend. “On the independent scale, there isn’t as much industry support as you’d see for major studios, but there are those of us doing hard work on the indie side of the industry, and this film will be a testament to that.”

Comfort Zone is the story of Jeff Thomas, who will be played by actor Thomas Casey Zellers. Jeff is living alone and struggling with addiction while his mother, Wendy, is in the hospital recovering from severe head trauma. After Jeff gets a phone call from someone he believes to be dead, he is plagued by strange visions as his life spirals into an abstract, chaotic nightmare.

After announcing a casting call in January, the team received auditions from all over the country.

“We’re still getting people who want to audition, even though auditions have been closed for a while,” Townsend said. “I never expected our casting call to blow up like it did. We ended up with hundreds of people emailing us wanting to audition. The outcome is that we have an amazing, incredibly talented cast.”

The announcement comes as the group is preparing to launch a series of live entertainment events around Indiana. Townsend says that these events will be intended to showcase independent artists, performers, and entertainers.

“We’re living in a time where independent artists of all kinds are starting to see success over those who work in the industry or work in the mainstream,” said Townsend. “It’s a great time to be a creator, and we want to show the world what independent creators are really capable of.”