EPOCH OF CHIRALITY – “Nucleosynthesis”Album Available For The Media

Album Available For The Media 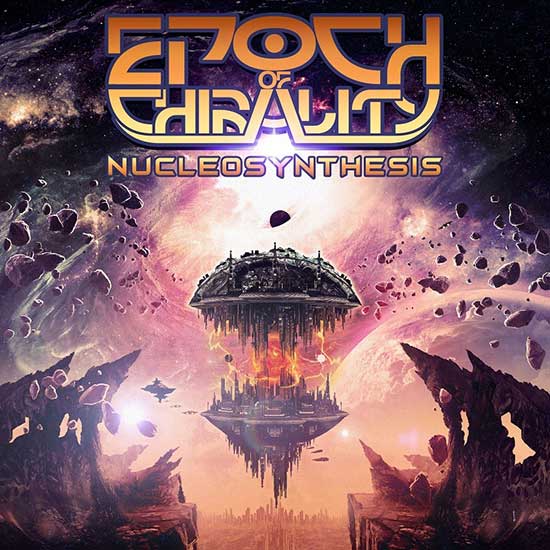 If interested in interviewing the band please just get in touch and we’ll set everything up for you! “Nucleosynthesis” will be released on August 26th, 2022 via Wormholedeath worldwide.

Richard How, based in the South West of England, is the experienced multi-instrumentalist, composer, and self-confessed Sci-fi geek behind the project.

In 2020 the Dawn of Chirality EP emerged from the darkness between the stars as the first public release for the project, teasing an exciting yet mysterious glimpse of things to come.

Now with the signing of Epoch of Chirality to WormHoleDeath Records, 2022 will mark the global release of the debut album Nucleosynthesis to the human masses; a culmination of ideas quietly developed over the past twenty years and finally breaking through into our corner of the galaxy.

The album succeeds in pushing the boundaries of the metal genre once again, with a blending of acoustic and synthesized instruments in soundscapes that would suit the cinema, whilst still managing to deliver on the riffs – no mean feat!

With a plethora of styles and structures that vary from the terrestrial to the alien, each track of Nucleosynthesis is a chapter in an epic Sci-fi journey that reaches from the tranquil deserts of Caravan to the Midnight Mountain to the dark haunting depths of Labyrinth. Combining a mix of nostalgic synths, sonic experimentation, and progressive songwriting, Nucleosynthesis is an immersive audio adventure through worlds hitherto untraversed.

Driven by an urge to venture into the unknown, and yet still paying respect to the power and emotion of metal, Epoch of Chirality is taking its first steps into the cosmos, and nowhere is safe!

You can also stream the album at this location:
promo.theorchard.com/Nucleosynthesis