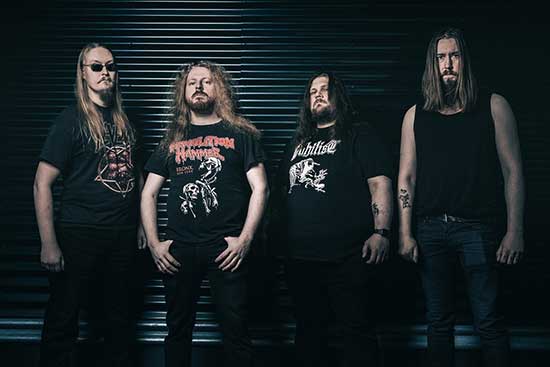 “Sons of Sodom” is a track taken from the upcoming album “Victory or Death” due for release on September 30th, 2022 via Wormholedeath.

Formed in Helsinki, Finland, Ceaseless Torment has been thrashing the world with its aggression since 2008. The band takes its influence from the eighties and early nineties Thrash Metal bands, and from the very beginning, it was clear, that brutal and aggressive Thrash Metal was the way to go. As a fierce squad full of hate, the band has played live in over 15 countries and toured with bands such as Nervosa and Evil Invaders. The band has released two full-length albums, ’The End They Bring’ (2014) and ’Forces of Evil’ (2017). The third album “Victory or Death” was recorded in 2021 and will be released in 2022.