CRACKLE PLUS ORIGINAL SERIES IN THE VAULT 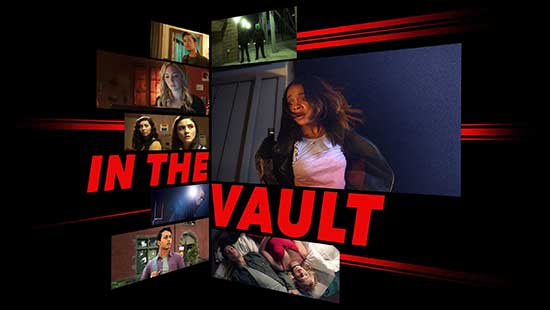 Streams for Free Only on Crackle

Crackle Plus, a Chicken Soup for the Soul Entertainment, Inc. (Nasdaq: CSSE) company and one of the largest operators of advertising-supported video-on-demand (AVOD) streaming services, announced today that the popular suspense series, In the Vault, returns for season two only on Crackle on August 18.

Season two of the sexy suspense series In the Vault brings new mysteries, new twists, and new thrills to Woodlawn College. Things at Woodlawn College get stranger and stranger with the discovery of Liv Steele’s killer. Will this secret be kept as residents of The Vault head into their sophomore year? And what does that bloody secret have to do with the kidnapped hooded figure languishing in the basement?

“In the Vault is a suspenseful and fun series that really hooked our viewers in season one and we can’t wait to bring them the next installment in the saga of Woodlawn College,” said Jeff Meier, head of programming at Crackle Plus. “Season two will have everyone holding their breath on the edge of their seats with all new twists, turns and secrets.”

In addition to season one of In the Vault, Crackle Plus’ recent releases include the popular sketch comedy series Funny Girls, the exclusive scripted series Les Norton, which stars Alexander Bertram and Rebel Wilson, Inside the Black Box, hosted by Joe Morton and the award-winning BBC series Sherlock, starring Benedict Cumberbatch and Martin Freeman. Crackle Plus also recently announced season three of the award-winning series Going From Broke.

The Crackle Plus streaming Apps and channels are currently distributed through 85 touch points in the U.S. on platforms including Amazon FireTV, RokuTV, Apple TV, Smart TVs (Samsung, LG, Vizio), gaming consoles (PS4 and Xbox One), Plex, iOS and Android mobile devices and on desktops at Crackle.com, with previously announced plans to expand to over 110 touch points. Crackle is also available in approximately 500,000 hotel rooms in the Marriott Bonvoy chain.