Marvel’s Team of Super Hero Vampires Come Out of the Shadows in New Unforgiven Saga! 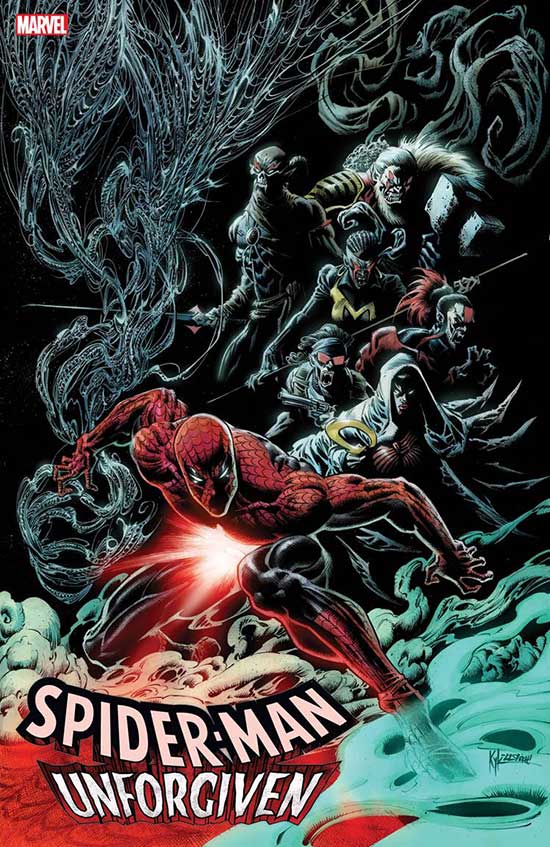 In 2023, a band of vampires will creep out of the darkest depths of the Marvel Universe to do the unthinkable–save the world! The FORGIVEN, the fan-favorite team of unlikely super heroes that debuted in 2011’s Fear Itself: Hulk vs. Dracula, will star in a series of one-shots next year. Written by Tim Seeley and drawn by Sid Kotian, the three-part story will reintroduce these strange heroes and see them make big waves across the Marvel Universe, interacting with the likes of the X-Men, Spider-Man, and, the team’s inspiration, Captain America.

Who can resist the call of the blood? A group of vigilante vampires have decided to fight crime — while at the same time, wage a desperate war within themselves to reject their own bloodthirsty natures! The Forgiven’s new saga will kick off in SPIDER-MAN: UNFORGIVEN #1 where the team will confront a new foe with a desire to transform vampires into their most powerful and violent selves. The storyline will then continue with more high-stakes vampire drama in X-MEN: UNFORGIVEN #1 and AVENGERS: UNFORGIVEN #1. This epic struggle for the souls of the soulless will make readers rethink the place these creatures of the night have in the Marvel Universe!

“I love Marvel super heroes, no doubt, but I’ve got a special obsession with Marvel’s horror heroes,” Seeley explained. “UNFORGIVEN gives that creepy, sexy, weird underbelly a chance to shine as a horrific conspiracy unites a crew of vampires with Spider-Man, the X-Men and Captain America, and shows us the stark differences (and surprisingly similarities) of those who are gifted with the ability to fight evil, and those who have to carry evil’s curse. By the end of this epic event, we’ll have toured a lot of dark corners of the Marvel Universe, and reminded readers that monsters are at its shrunken black heart!”

Check out the cover of SPIDER-MAN: UNFORGIVEN below and see the FORGIVEN team up with some of Marvel’s greatest heroes next year! For more information, visit Marvel.com.