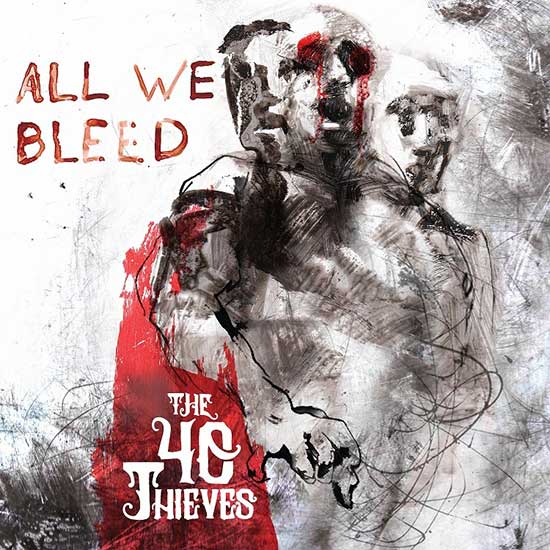 “All We Bleed” is the second single & video of their “WESTERN TRILOGY” and it is part of the upcoming album “The White Album”, due for release on October 21st, 2022 via Wormholedeath.

ALL WE BLEED It’s the second part of our “The Western Trilogy”. Is about wakening up from all the lies and past…so looking back at your younger self-sort of…where you were once innocent and not conscious.
The video for the Song was incredibly elaborately produced. It is a rotoscope technique. This type of filming became famous in the 80s with the band A-HA’s video “Take on me”. Since this technique is so complex, it is actually no longer produced for such long videos. The artist traces 1000s frames from the original video clip. The result is a kind of a cartoon. The artist was working alone, it took him over a year to finish the video! In this video, you can see the band performing a song for the first time. Hand-drawn snippets are also included.

Stay tuned for the 3rd and final chapter of the Western Trilogy!

“The White Album” is a kind of concept album that contains 3 videos in a fictional western world that is all drawn in style.
Fans of “Alter Bridge” and “Five Finger Death Punch” will definitely enjoy this album.