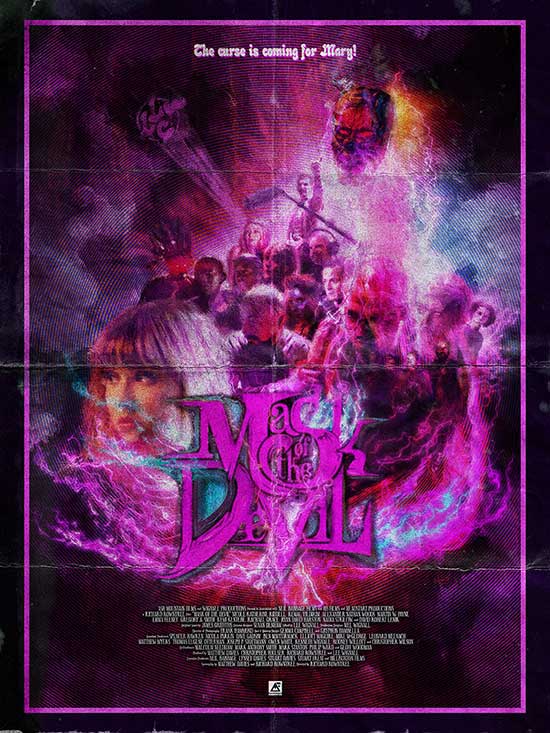 Synopsis:
Africa, 1878 – a group of mercenaries attempt to steal a tribal mask, unwittingly releasing an ancient evil.  In present day, the mask is purchased as a prop by a dysfunctional band of wannabe filmmakers.  When a fiery young woman named Mary accepts a job with these low-rent pornographers in order to gain independence from her over-bearing parents, the ancient evil finds the perfect conduit, and unleashes unimaginable carnage on the unsuspecting cast & crew, who most do battle to survive.  Will Mary and her new acquaintances be able to defeat the evil, and banish the curse of the mask of the devil…?
TRT: 88m
Share