Shriek Returns With All New Tales of Terror and Dark Horror 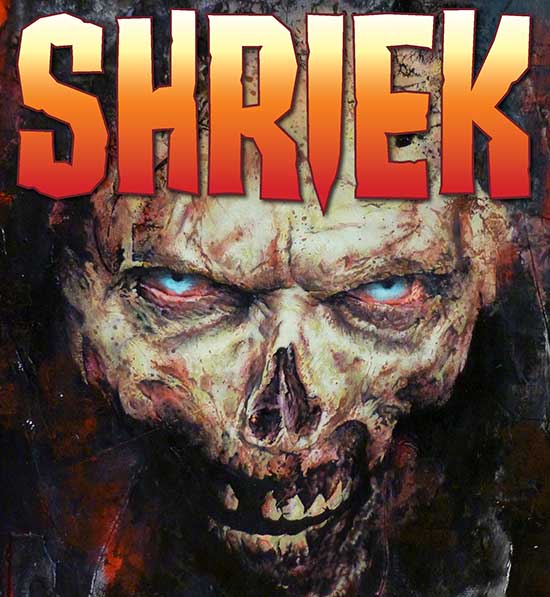 Originally released in 1989, Shriek featured work by Clive Barker, Kevin Eastman, The Gurch, Eric Talbot, Randy Stradley, and Bill Townsend, among others. FantaCo successfully relaunched the Shriek title in 2021 and continues the anthology as a showcase for artists, writers, and creators.

In the new volume, Lady Dracula returns in King’s Forge, Act 2 by Jim Whiting, Dracula rises from hell to crown his daughter, Cassandra, the new Lady Dracula, giving her the power to lead the vampires. The Lord of the Vampires sends Lady Dracula and Renfield on a quest to find the old monsters to turn the tide in the war with the Nosferatu.

Children of the Abyss Introduces Dr. Korvis, is he a genius, a mad scientist, or both?

Constable Wilson is attacked by ghostly demons, after several attacks around London, he seeks out the the renowned Dr. Korvus. Along with his mechanical rat, Plato, Dr. Korvis sets about to solve the supernatural mystery. Dr. Korvus: Children of the Abyss is based on the Victorian, steam-punk, supernatural detective novels by writer Eric Stanway, with artist Jeff Bonivert. Dr. Korvis makes his comic debut in the new Shriek.

Nayara Moura’s Circus of Terror returns as the detectives move in on the serial killer.

The accursed Apocryphon Daemonum holds the final fate of The Lord of Vampires in REX MORTIS; The Bible Black by LMS and Max Fuchs.